Crude oil prices are dropping sharply again alongside risk assets which are coming under serious selling pressure following this morning’s inversion of the US Treasury yield curve. More disappointing economic data readings out of China and the Eurozone are providing investors with the latest bit of evidence that global GDP growth continues to slow which is stoking recession fears once again. Consequently, prospects for oil demand are getting crushed and is sending crude oil prices aggressively lower. 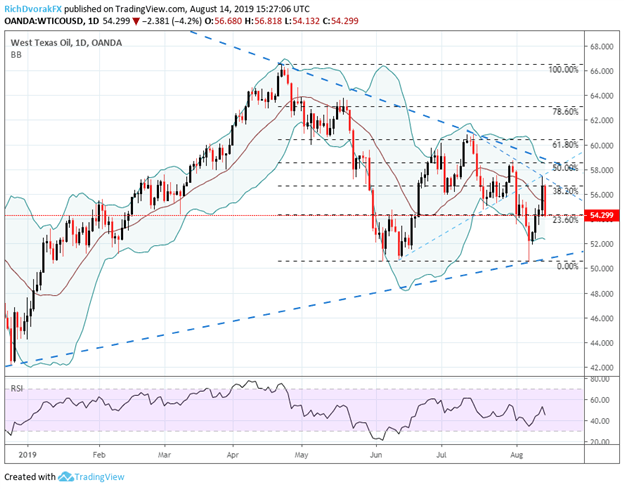 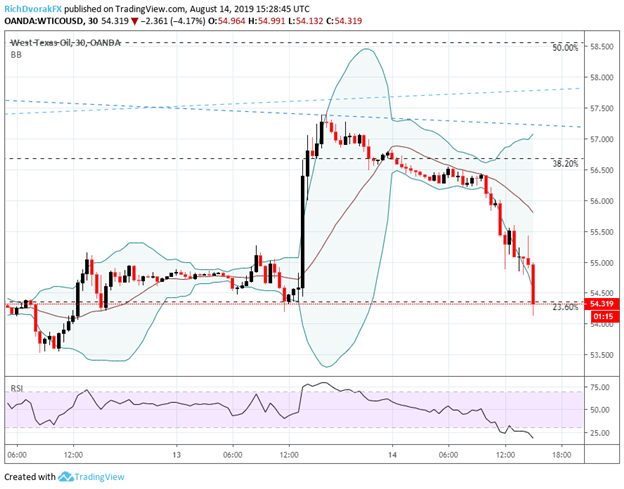 With today’s whopping 4% drop in crude oil prices, the selloff is on pace to completely erase yesterday’s impressive gain sparked by news that US President Trump plans on delaying scheduled tariffs on China. Despite the apparent de-escalation, investor sentiment and risk appetite clearly remain damaged with ongoing US-China trade war uncertainty expected to continue weighing on global GDP growth – evidenced by collapsing sovereign interest rates and inverted yield curve. As such, pessimism surrounding crude oil prices and demand for the commodity are likely to persist. That said, the upside risk of OPEC intervention or hopes of monetary stimulus from central banks could send crude oil prices rebounding.