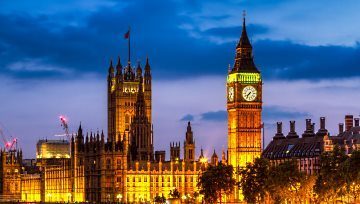 The latest UK wages and employment data showed a mixed-to-better set of numbers with wages rising, the claimant count falling, the employment rate rising but the unemployment rate ticking marginally higher. The numbers left Sterling unchanged against other majors.

Commenting on today’s figures, ONS deputy head of labour market statistics Matt Hughes said: “Employment continues to increase, with three-quarters of this year’s growth being due to more women working. However, the number of vacancies has been falling for six months, with fewer now than there were this time last year.Excluding bonuses, real wages are growing at their fastest in nearly four years, but pay levels still have not returned to their pre-downturn peak.”

Sterling, however is increasingly ignoring hard data and re-focusing on Brexit and the likelihood of the UK leaving the EU on October 31 with no-deal. The latest wages and employment and data would in normal times see the Bank of England prepare the market for a round of rate hikes. However, with UK growth falling away, due to Brexit fears, and the economy likely needing a boost, there is a reasonable possibility that a no-deal Brexit on October 31 will be followed by a rate cut at the next BoE meeting. Wednesday sees the latest UK inflation release with core CPI expected unchanged at 1.8% y/y while CPIH is expected to tick down to 1.8% from 1.9% y/y.

Later today there is a preliminary hearing at the Court of Session in Scotland to prevent the UK leaving the EU without a deal on October 31. The legal challenge, which is backed by 70 MPS according to the BBC, argues that shutting down Parliament to force through a no-deal Brexit would be unlawful. 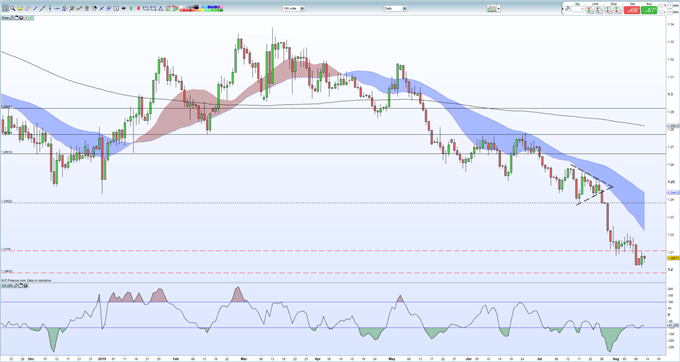 What is your view on Sterling – bullish or bearish? You can let us know via the form at the end of this piece or you can contact the author at nicholas.cawley@ig.com or via Twitter @nickcawley1.