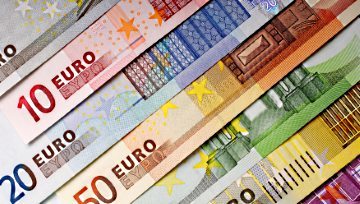 The Euro is little changed versus the US Dollar Thursday afternoon, despite news that Italy’s Deputy Prime Minister Salvini called for a vote to hold new elections for the countries government. The move follows weeks of squabbling in parliament between the weakly formed coalition of Salvini’s Northern League party and Di Maio’s anti-establishment Five Star party and came to a climax today when the coalition between the two parties could not come to a decision on a high-speed rail link to France. 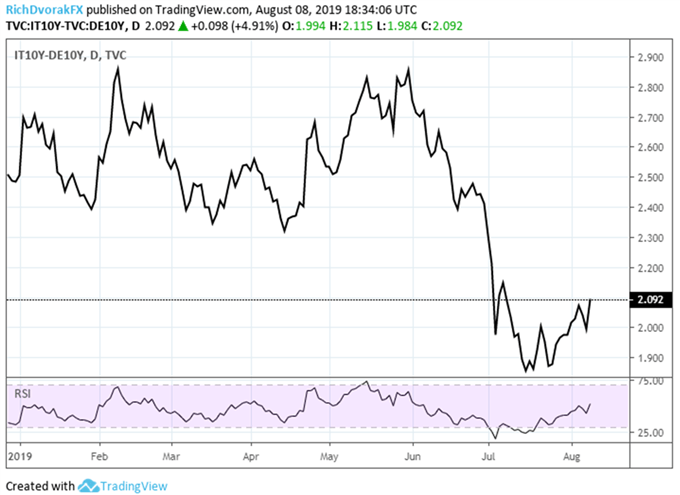 The Italian 10-Year bond sold off slightly while the Euro trickled higher despite Salvini and his Northern League’s call for a more right-wing agenda that may clash with the EU. The Northern League party has gained popularity since the last election, now just shy of the 40% required to put the party in a controlling majority. Although a situation that mirrors Brexit is still far off, markets have expressed concern regarding Salvini’s tough stance towards the EU as evidenced by his defiance towards rules from Brussels which aim to control debt limits and spending by member states. 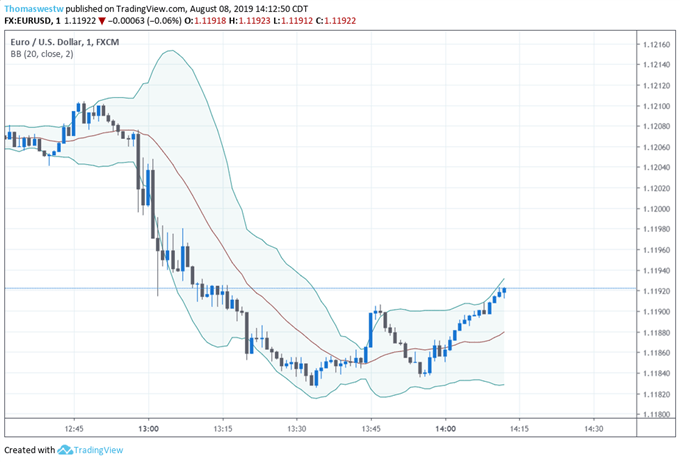 Tensions between the European Union and Italy have risen to a fever pitch in recent months as Italy’s budget threatens to exceed the 2% limit set in place by the EU.Brussels has become increasingly frustrated with Italy over its budget deficit. An attempt by the European Commission to curb Italy’s growing debt seemingly fell on deaf ears after Salvini continued his calls for tax cuts. He later warned that Italy will not be able stay below the 2% budget deficit limit. Italy holds the Union’s second highest debt-to-GDP ratio at 132%, far higher than all other members except Greece at 181%.