The S&P 500 rallied into the close after a series of dovish comments were able to undo the damage dealt by disappointing earnings out of Netflix the day prior which sent the stock diving and the Nasdaq 100 lower. That disappointment will be further curtailed by strong earnings from the world’s largest publicly traded company, Microsoft (MSFT). A bullish reaction from the largest weighted member in both the S&P 500 and Nasdaq 100 indices will work to undo any short-term concerns and could spur a continuation rally into the weekend.

Microsoft impressed Street analysts, reporting earnings of $1.37 a share on $33.72 billion in revenue compared to expectations of $1.21 and $32.78 billion respectively. The results were enough to send MSFT shares over 1% higher in after-hours trading – while remaining within the options-implied price range I outlined yesterday. Boasting a 37% climb in the year-to-date, the robust results could solidify MSFT as the world’s largest publicly traded company for the time being – especially if the other contestants disappoint when it comes time for their quarterly reports. 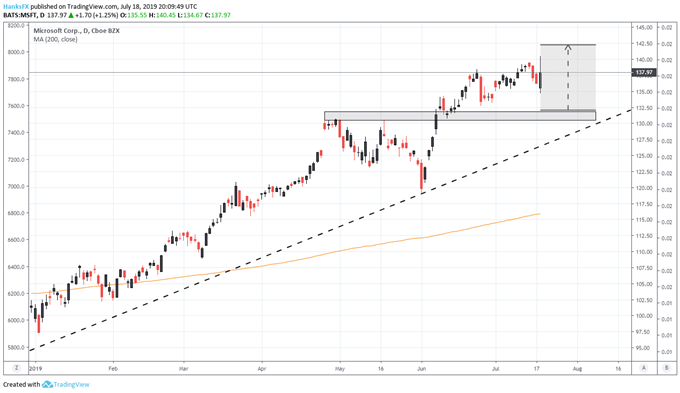 Federal Reserve Vice Chairman John Williams took to the stage to talk monetary policy Thursday afternoon and a series of dovish remarks sent stocks and gold ripping alongside a painful decline in the US Dollar. Consequently, the odds of a 50-basis point rate cut at the July meeting surged to 66.5% from 33.5% before Williams began to speak. 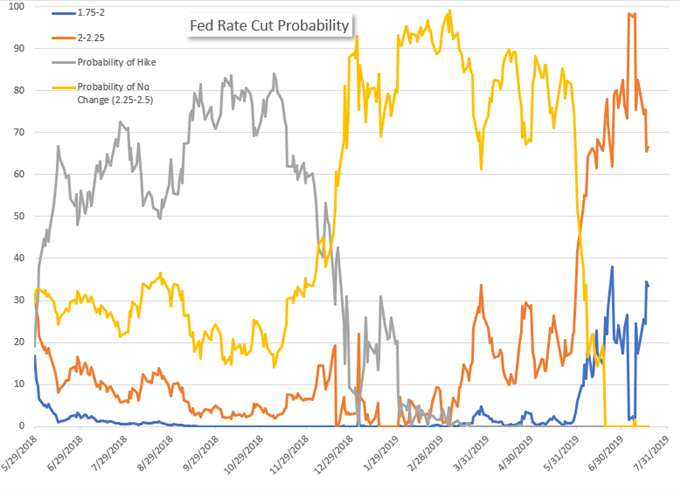 Chart prepared by Thomas Westwater with data from Bloomberg

The increased likelihood - or expectation - that the Fed will materially fulfil its dovish lean combined with strong earnings from Microsoft will likely carry the S&P 500 into the weekend on a high note. Next week is a blackout week for Federal Reserve commentary, so the market will have little to digest on the monetary policy front, instead looking to a slew of critically important earnings from some of the largest tech companies. In the meantime, follow @PeterHanksFXon Twitter for updates and analysis on key themes and price action as earnings season unfolds.