GBP: A much needed bid for the Pound has seen the currency outperform across the G10 complex. Both the House of Lords (yesterday) and House of Commons (this morning) have backed an ammendment to prevent the next PM from shutting down parilament to force a no-deal Brexit. Elsewhere, UK retail sales posted a sizeable beat across the board, although the details showed that second hand shopping had been the largest contributor to the gains. However, the fact of the matter remains the same, uncertainty posed by Brexit persists, thus gains in the currency are somewhat limited.

EUR: A relatively subdued session for the Euro thus far with 1.12 standing firm once again. The Euro did see a slight pullback after source reports stated that an ECB staff study is looking at the possibility of revamping the inflation goal, which in turn suggests that monetary policy could be looser for longer. Alongside this, Italian risks are starting to creep up once again with differences between the two governing parties are continuing to show, with Deputy PM Di Maio stating that they will be unable to be in a coalition with the League party if they are persistently threatening a crisis, raising the risk of a snap election.

Silver: The surge in silver continues and is on course for its strongest weekly performance in 3yrs. Among the main factors behind the gains in silver has been the rising ETF holdings in silver. Consequently, silver is above $16 and looking to challenge the 2019 peak at $16.21. (full analysis) 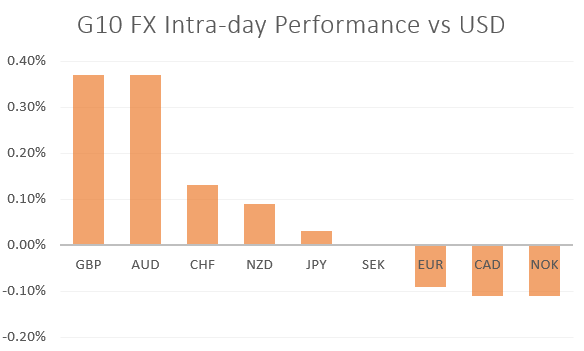