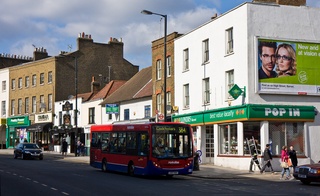 GBP managed to regain some of yesterday’s losses, gaining strength across the board at the start of the morning session. The strength in sterling comes after reports that a bill was passed in the House of Lords to prevent Boris Johnson from suspending parliament in the weeks before the October 31 deadline to prevent him from pushing through a no-deal Brexit, which has managed to regain a slight confidence in the economic outlook for the UK. GBPUSD jumped to 1.2471 at the open on Thursday morning before pushing higher as the better than expected retail sales figures were released. 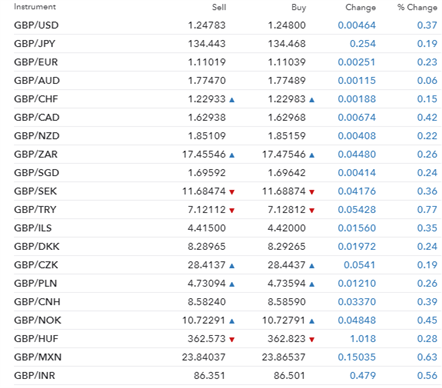 Despite uncertainty about the future of the economy, retail industry sales in June managed to grow after falling 0.5% in the previous month. May’s decline was partly blamed on the unusually cold weather for the month which added to concern on behalf of the industry due to the continued downtrend. But sales in June managed to grow 1% with the annual figure showing a growth of 3.8% in the twelve months to June, both figures beating expectations, providing a sign of relief for the retail industry. However, weakness in growth indicates that consumer spending is likely to have been softer in the second quarter of the year.

A report published last month by the CBI showed that retail sales had fallen at the fastest pace since 2009 in the twelve months to June with the biggest decline seen in grocers and hardware stores. Online and mail order retailers were the only outliers to see a raise in growth, which is expected to continue in the coming months, albeit at a slower pace than the average. Retail sales balance survey showed that 16 per cent of retailers believe that sales have increased whilst 58 per cent said sales were down, giving a weighted balance of -42%, down from -27% in the previous month. Forecasts for the month of July show that 16 per cent of retailers expect sales volume to increase but 27 per cent expect a decrease, giving a balance of -11%, its lowest level since August 2016.

Credit conditions survey carried out by the Bank of England to be released today will show the lending conditions in the UK for the latest quarter, where a rise in debt may be a potential risk but also a good sign for growth in the economy. If the figure shows weakness in the confidence of the economy, we can expect to see some sell off pressure in sterling as capital flows towards liquidity bearing assets like USD, weighing down on GBP’s current rally.