NZD Edged Higher After CPI Came in as Expected - Will it Last?

The New Zealand Dollar edged cautiously higher after year-on-year and quarter-on-quarter CPI data for Q2 fell in line with forecasts. Whether or not it will cool RBNZ rate cut expectations is yet to be seen, though markets are pricing in an 84 percent probability of a cut in the meeting in August. Despite avoiding an underperformance, the fundamental outlook will likely remain a significant factor weighing on NZD. 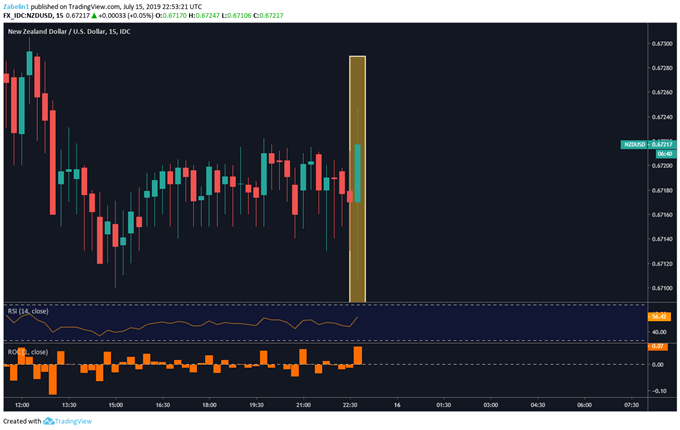 On June 26, the Reserve Bank of New Zealand (RBNZ) held the OCR at 1.5 percent and failed to excite August rate cut bets. The central bank noted that risks continue to be tilted to the downside, pointing to tense trade relations that are afflicting consumer confidence. A weaker outlook for the global economy and “risk of ongoing subdued domestic growth” may warrant a loose credit regime in the future.

The central bank’s inflationary objectives are at the mercy of changes in global risk appetite, primarily due to New Zealand’s export-driven economy that relies on healthy world demand. Monetary authorities outlined in their statement that inflation remains “slightly below the midpoint” of their inflation target, lending credence to the notion that future rate cuts may be warranted.

Slower growth out of China – New Zealand’s biggest trading partner – remains a headline risk, and so too do political developments between Beijing and Washington. For now, both parties are still negotiating, though no major breakthroughs have been announced ever since the G20 summit in Osaka, Japan last month. Even if a trade resolution is reached, it is not convincing that it will suddenly put the global economy back on track.

US Equities Markets Are Reaching All-Time Highs – But What Does it Look Underneath the Surface? 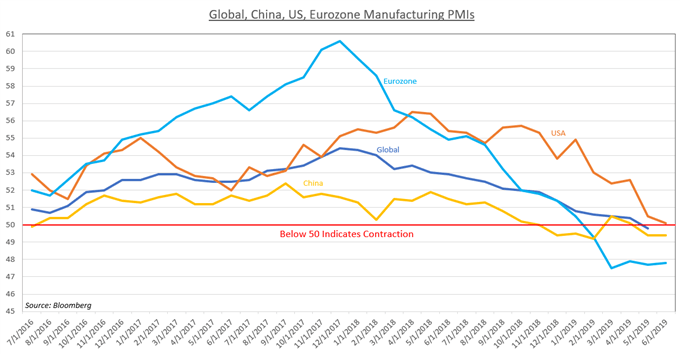 Looking ahead, New Zealand Dollar traders will be watching a speech by Fed Chairman Jerome Powell on July 16 and a publication of a key sentiment indicator on July 19. Fundamental themes relating to trade wars or other risk aversion-inducing factors will likely trigger relatively violent price moves in NZD as a feature of its cycle-sensitive nature. This quality is only amplified by the fact that the global economy is now more frail.