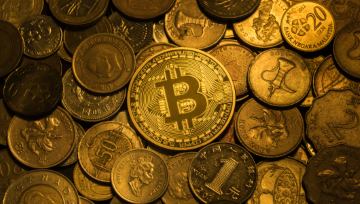 After slipping beneath $10,000 last week, Bitcoin has staged a relief effort – recapturing key psychological and technical levels alike. In my prior crypto piece, I argued Bitcoin was due for a period of consolidation which would strengthen the longer-term technical picture. Since then, BTCUSD has climbed to $12,500 and it appears the saying “the trend is your friend” rings true for the time being. After testing the technical clout of various levels, BTC bulls may be more confident moving forward. 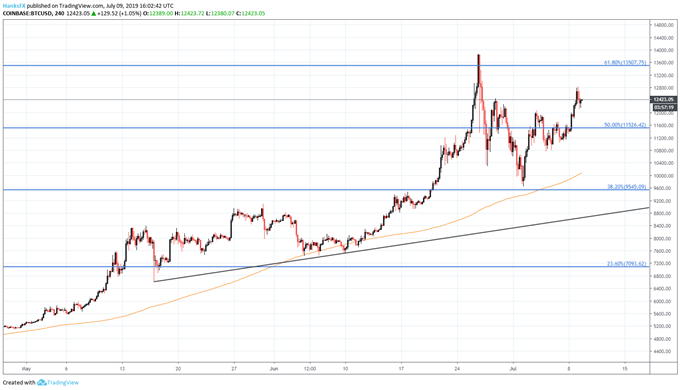 To that end, the 38.2% Fib around $9,545 has established itself as an important level moving forward and can be looked to for support if cryptocurrency volatility arises in earnest. Nearby, the ascending trendline from May remains intact which is critical for longer-term trend continuation purposes. 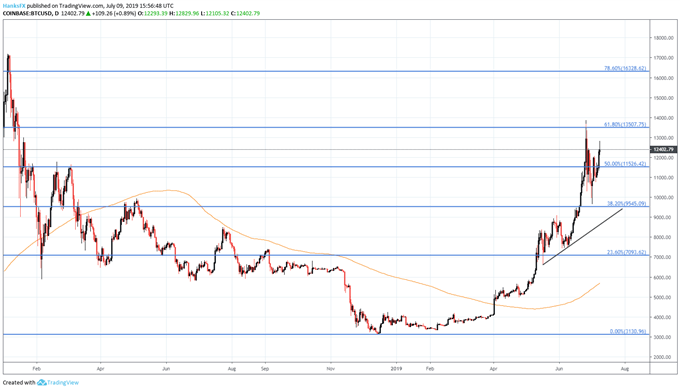 To the topside, the 61.8% Fibonacci level at $13,500 poses formidable resistance and was largely responsible for Bitcoin’s $2,000 plummet in just 10 minutes. That said, topside targets should be limited until this level is surmounted. $13,000 is another area worthy of mention - marking the swing high in January 2018 and a daily close in late June 2019 - but lacks the strength of the subsequent 61.8% mark. For commentary on Bitcoin and other cryptocurrencies, follow @PeterHanksFX on Twitter.

While Bitcoin is attempting to post fresh yearly highs, Facebook’s prospective cryptocurrency – Libra – has run into widespread scrutiny. European Central Bank board member Benoit Coeure recently stated, “it’s out of the question to allow them to develop in a regulatory void for their financial service activities, because it’s just too dangerous.” The social media giant faced similar commentary from German and French finance ministers.

In the United States, Maxine Waters, Chairwoman of the House Financial Services Committee, officially requested Facebook to stop the development of Libra and the corresponding digital wallet until Congress and regulators investigate both products. The Senate Banking Committee is scheduled to hold a hearing regarding Libra on July 16 and according to MarketWatch, the House Financial Services Committee plans to hold a hearing on July 17.

The consequences for the rest of the cryptocurrency world due to Libra’s struggles are debated. While some argue Libra will sap market capitalization from Bitcoin and other leading digital assets, others suggest the willingness of major corporations to adopt cryptocurrency is encouraging for the longer-term picture of the space. Either way, increased cryptocurrency publicity may draw new entrants into the digital asset sphere.