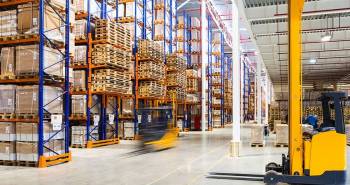 German factory orders fell more than expected in the month of May as a result of lower foreign demand, echoing the challenges export-led economies are facing on the back of continued trade wars. Demand is slowing worldwide, and Germany has been taking a hit in recent months, with most PMIs coming in lower than expected.

German new factory order in May decreased 2.2%, down from a growth of 0.3% in April and below expectations of just a 0.1% decrease. The yearly figure shows that factory orders in Germany have contracted 8.6% (Exp. -6.3%) since May 2018. Because of this decline in new orders we can expect manufacturing production to continue to remain low in the second half of 2019 with greater fear of a possible recession in Germany, the Eurozone’s largest economy.

With future uncertainties on the outcome of Brexit and trade wars, slowing global demand and continued glooming economic data, more and more economists in Europe are backing the need for further monetary stimulus in the economy to overcome the slump. The latest to do so is ECB contender and Bank of Finland Governor Olli Rehn, who tweeted on Thursday saying “Gotta do what’s gotta do, as needed” with reference to Mario Draghi’s statement about the possibility of future rate cuts and bond purchases if warranted. He is seen to be a keen supporter of pushing interest rates even lower as he has previously stated that the ECB has considered possible measure to mitigate the impact negative interest rates have on banks’ profitability and that, as growth in the euro area continues to slump, the central bank needs to take action in order to defend their ability to achieve the price stability target.

Markets Pricing The Probability of a 10 basis point cut

But the general outlook on the Eurozone economy is not looking too good. With a new round of TLTROs coming into force in September, the possibility of further rate cuts taking interest rates further into the negative, and a possible new round of bond purchases to come in the near future, we can see that the ECB is struggling to achieve price stability and avoid a deflationary trap. Taking into account that all these measures have been implemented at one point or another in the last two years and inflation has continued to weaken we need to question whether the central bank actually has the ability to influence prices in the economy. Given price action in the last few years we can expect prices to pick up moderately if further stimulus is granted but the chance that inflation will return close to its 2% target is still very weak.