Oil: Brent and WTI crude futures have recouped some of yesterday’s sizeable losses with Brent crude futures reclaiming the $63 handle. Yesterday’s decline in the oil complex continued to show how fragile the sentiment is, given that an OPEC production cut extension failed to support oil prices as concerns centre around slowing demand. On the supply side, the latest API crude inventory report showed a larger than expected drawdown of 5mln (Exp. -3mln), thus providing support for oil prices throughout the session. Alongside this, the gains in oil prices has also spilled over to the FX markets with USDCAD making another test of the YTD low situated at 1.3068. A clean break raises the scope for a move towards the 1.30 handle.

GBP: GBP remains on defensive across the board with GBPUSD hovering around session lows, while EURGBP continues to edge higher as UK services PMI dropped to 50.2, missing expectations of 51. Consequently, the composite figure fell into contractionary territory at 49.7, which marked the lowest reading since the immediate aftermath of the Brexit referendum. In turn, IHS Markit stated that the combined PMI surveys indicate that Q2 growth could show a contraction of 0.1%. As such, this is likely to confirm BoE Governor Carney’s recent comments that Q2 growth is set to be considerably weaker. Thus, the outlook for the Pound remains tilted on the downside, particularly with the Bank of England providing a more cautious outlook. Of note, the next GDP release is scheduled for July 10th, however, keep in mind that this is a monthly reading for May.

USD: The greenback slipped following yet another lacklustre jobs report, in which the ADP employment change missed expectations at 102k (Exp. 140k). ADP had also revised the prior months estimate to 41k from 27k. As such, while this may suggest that risks remain tilted to the downside for Friday’s NFP report, the link between the two has been tenuous in the past. 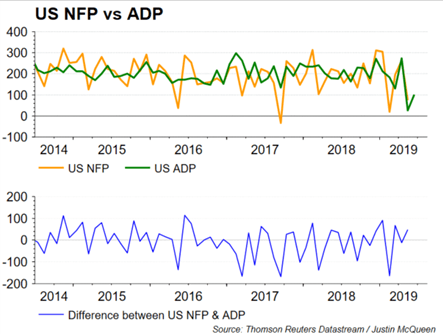 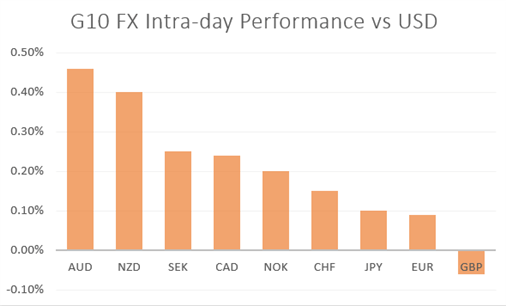