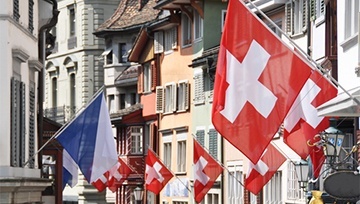 CHF pairs experienced unexpected moves on Thursday afternoon after a major news-wire report seemed to suggest that the Swiss Government had confirmed that they would go ahead with their ban on Swiss shares from EU exchanges, taking effect on July1.

Swiss stock exchanges are prepared to retaliate against the EU’s decision to end its stock market equivalence with Switzerland after frustrated talks to achieve a long-term agreement to replace its many accords currently in place.

The Swiss Government has said it is ready to ban swiss shares from trading on EU exchanges from July 1 unless the EU grants Swiss exchanges an extension to their equivalence which expires at the end of June. The equivalence extension is the only leverage the EU has against Switzerland to achieve an agreement on governing policies, but the Swiss Government has reiterated in many occasions that they are open for discussion but will not be rushed into signing an agreement. If Swiss shares are no longer traded on European exchanges, then Swiss exchanges will be creating a monopoly which will eventually lead to an increase in trading costs and disruption.

And its effect on financial markets has started to show as London-based stock exchanges have been the first to announce they will stop listing Swiss shares by the end of the week if the relationship between the EU and Swiss Government continues to deteriorate. More than half of the traded volume of Swiss shares comes from European investors and large Swiss companies like UBS and Novartis could suffer a hit if no agreement is reached by July 1, continuing the losses they have suffered since the dispute began.