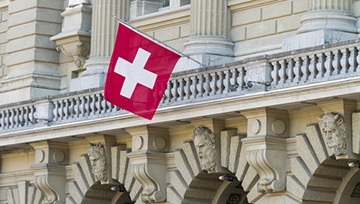 Find out what retail foreign exchange traders make of the Swiss Franc’s chances right now at the DailyFX Sentiment Page.

The prospect of the European Central Bank joining what looks like a global swing toward looser monetary policy may please stock markets, but it won’t bring any cheer to the Swiss National Bank.

History has shown that nothing messes with that institution’s plans quite like a new commitment to easy money from the Eurozone. Obviously, such doings weaken the single currency and encourage investors to seek safety instead in the Swiss Franc. This has various knock-on effects, not least a hammer blow to imported inflation as the Franc becomes wholly overmighty.

SNB Has Tried Desperate Measures Before

So overwhelming did this panic franc-buying become back in September 2011 that the SNB stunned markets by setting a floor under the EUR/CHF rate. The central bank put all its firepower behind defending a base of EUR1.20. That resolve held until 2015 when the ECB unleashed what turned out to be a EUR2.6 trillion ($3 trillion) tsunami of Quantitative Easing. This was too much of a deluge for even the SNB to hold back, and it duly abandoned attempts to do so. 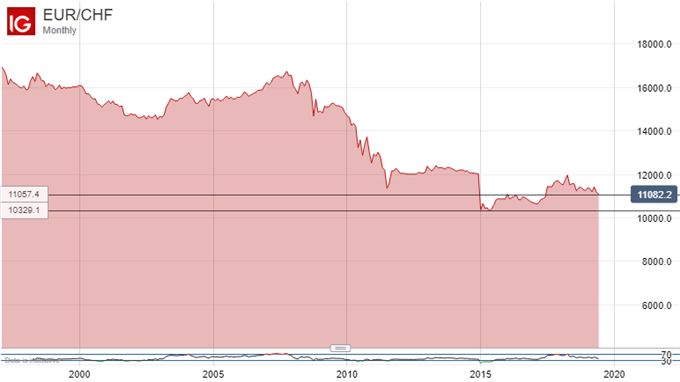 Now the latest Reuters poll of economists has evinced expectations that the ECB will either cut interest rates by the end of September or, at the very least, adjust its guidance to assure markets that rates will remain at current low levels for longer.

And the poor old SNB is already in a somewhat invidious position. EUR/CHF is at lows not seen since mid-2017. Swiss inflation is running at an annualized rate of just 0.6% (the SNB’s mandate is to keep it under 2%, but not that far under). The last thing it needs is another QE flood from the ECB.

Relations between Brussels and Zurich are already frayed thanks to the possibility that the European Union may remove the ‘equivalence’ which has governed financial arrangements between them. The EU has threatened to revoke Switzerland’s right to take part in its exchanges if Zurich won’t sign up to a new trade deal. The Swiss are leery, seeing in the deal threats to their high-wage economy.

Now we might debate how much the SNB, at least, would mind if the flow of Eurozone capital into Swiss stocks were halted or slowed. That might at least offer the prospect of some hiatus in the Franc’s rise. However, it seems likely on balance that some deal will come, and that Zurich won’t ultimately be frozen out.

So, will the SNB start thinking about putting a floor back in? For the moment that seems unlikely. The SNB will recall 2015’s experience all-too well. It may prefer to rely on more conventional monetary measures. The problem there is that Swiss base rates are already deeply negative. Indeed, the key sight deposit rate has been -0.75% since the middle of 2015.

As current price action indicates, even that has not been sufficient to keep investors away from the Franc.

It’s probable that this rate will have to head even lower if the ECB loosens its own policy this year. That is the more likely first response.

Only if that fails might we hear talk of a floor again. The SNB will probably be praying that an extension of forward guidance is as much as the ECB goes through with. Action would be hugely more problematic for the Swiss authorities than words.