The Brazilian Real (BRL) and benchmark Ibovespa equity index are eagerly waiting for the release of Copom meeting minutes. Analysts are expecting the nine-committee council to express more dovish inclinations as the pressure to slash rates builds. Previously “symmetric” inflationary risks may now be tilting to the downside and could prompt officials to favor a cut. 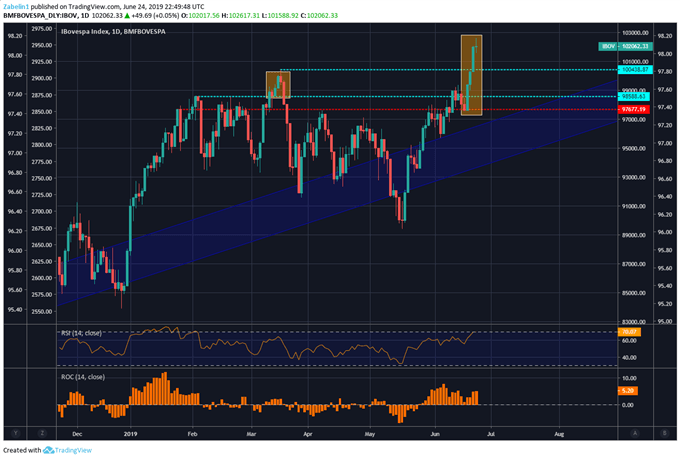 Downward bias may be amplified if progress on passing President Jair Bolsonaro’s pension reforms proves to be more difficult than it is already is. The relatively young government has been contending with cabinet infighting while attempting to pass a landmark piece of legislation through a fragmented Congress. Furthermore, scandals and ongoing investigations in his inner circle is eroding investor confidence.

May’s Foreign Direct Investment report showed a continuation of capital outflow as investors adjusted exposure to better reflect their newly-formulated risk tolerance. This comes despite high-level talks between Chinese and Brazilian officials to promote greater investment and a major trade agreement with the EU. Following the money, it appears investors are feeling more antsy about betting on Bolsonaro’s Brazil.

It is unclear whether Banco do Brasil will be able to reassure investors with another cut given that interest rates are already hovering at a record low of 6.50 percent. Following the release of the monetary policy statement, analysts gathered that the central bank may cut rates after more progress is made on the pension reform. Much like the BoE and Brexit, Banco do Brasil is largely catering their policy to a political outcome.

The market-disrupting bill is currently being debated in the lower house’s special commission and a floor vote likely take place after July 31. The central bank is being careful about how to craft monetary policy due to the “preponderant risk” to inflation these reforms pose. If rates are cut, BRL will likely suffer while the Ibovespa index may rise on the prospect of cheaper credit, though this may reverse if pension reforms stall. 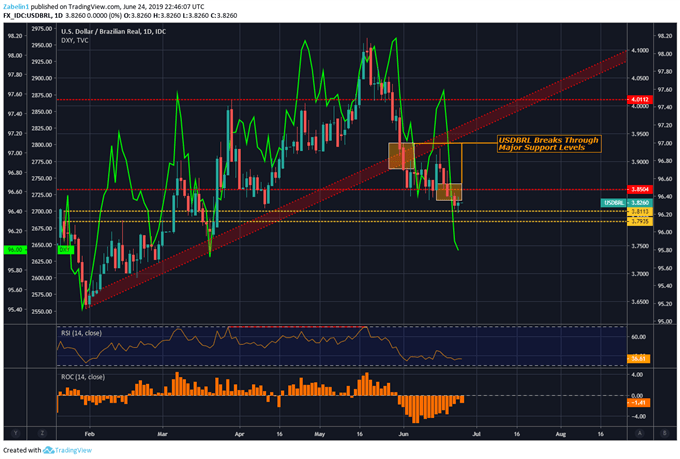