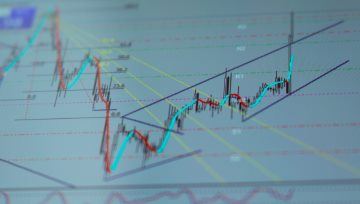 Equities and S&P 500 futures traded higher during Thursday’s Asia Pacific trading session in the aftermath of what was interpreted as a relatively dovish Federal Reserve monetary policy announcement. US 10-year government bond yields sunk through 2% for the first time since November 2016 as anti-fiat gold prices briefly touched 1400, last seen in 2013. Fed funds futures point to a 100% probability of a July rate cut

Gains were seen from benchmark stock indexes in Japan, China, South Korea and Australia as prospects of cheaper credit from the world’s largest economy reverberated into financial markets. The Nikkei 225, Shanghai Composite, KOSPI and ASX 200 traded over 0.6%, 2.5%, 0.3% and 0.2% respectively heading into Thursday’s close.

The ASX 200 did trim gains after dovish commentary from RBA Governor Philip Lowe furthered boosted odds of a July rate cut. Financials, which include bank shares, make up about a third of the ASX. While cheaper credit works to stimulate economic activity, it does sap potential profits that lending institutions can look forward to. Commonwealth Bank of Australia shares, after gapping higher, fell throughout the day.

Unsurprisingly, the Australian Dollar was aiming cautiously lower, though broad weakness in the US Dollar persisted. This worked as a cushion to offset declines in the pro-risk Aussie. Interestingly, the anti-risk Japanese Yen carefully rose across the board despite gains in equities. Ahead, the FTSE 100 could be vulnerable if the Bank of England still opens the door to hiking ahead, especially after supportive UK CPI.

With S&P 500 futures pointing notably higher, we could be looking at the US benchmark stock index looking to set record highs in the near-term. Resistance is straight ahead, a range between 2947 and 2961. However, its performance in the medium-term depends more on if the US and China inch closer towards a trade deal at this month’s G20 summit. That may significantly impact the Fed outlook as well as US data. 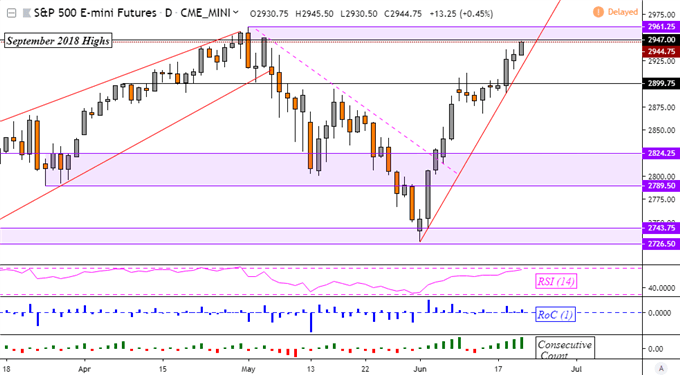