EUR: Dovish Draghi delivers as the Euro moves below 1.12, while inflation expectations rise over 5% after the ECB President paves the way for further stimulus. Since the June meeting, market-based inflation expectations had been in free fall, meaning that the market questioned whether the ECB had the fire power to boost the economy. However, following today’s speech it appears as if those questions were answered with the focus now on when they will add further stimulus as opposed to will they as money markets price in a 10bps cut by the year. The talk of potentially cutting rates and restarting QE had been immediately criticised by President Trump who stated that this statement makes it unfairly easier for the EU to compete against the US, thus raising currency war fears. 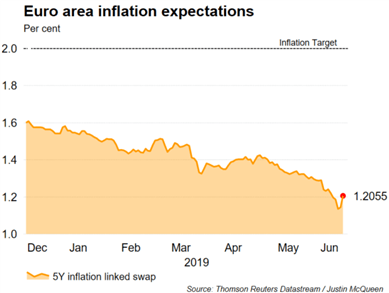 AUD: The latest RBA minutes highlighted that the central bank is likely to cut interest rates further in order to boost the economy, which in turn saw AUDUSD break below 0.6850. Consequently, RBA rate expectations imply a 60% chance of another 25bps reduction at the upcoming meeting.

Gold: As central bank normalisation comes to an end; underlying support persists for the precious metal. Gold prices pushed higher in response to the dovish commentary from President Draghi, which in turn saw bund yields drop to a fresh record low of negative 30bps. In turn this has seen gold back towards the critical trendline, which could breakout if the Fed manage to meet the dovish expectations tomorrow. 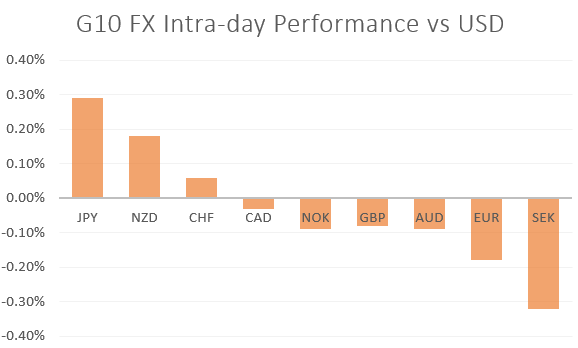