The Dow Jones approached Monday’s close marginally higher as traders look to position ahead of Wednesday’s Fed meeting. With deteriorating economic data, waning global growth and the persistent threat of trade wars, the expectations for a cut to the Federal Funds rate by year-end have soared. The Industrial Average will cling to these hopes for trend continuation purposes. 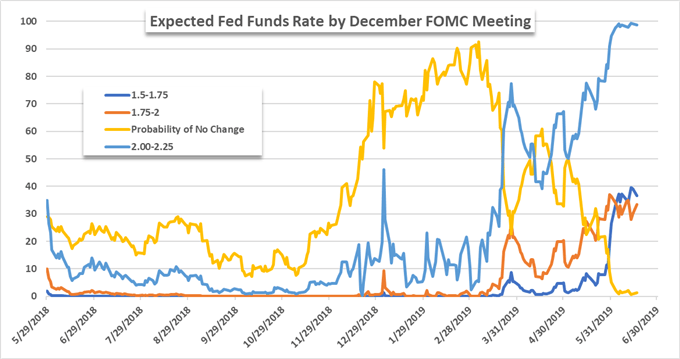 That said, there is the risk that market expectations will overshoot the central bank’s actual view of the economy and the evidence for a reduction in the Fed funds rate. Fortunately for bulls, the put-to-call ratio of the S&P 500 remains comfortably at the 1-year average of 0.63. However, retail traders are less convinced – or perhaps unaware of the expectations – and remain net-short the Index. 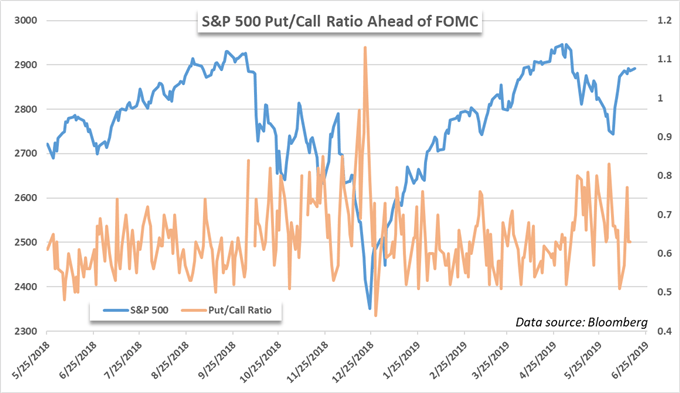 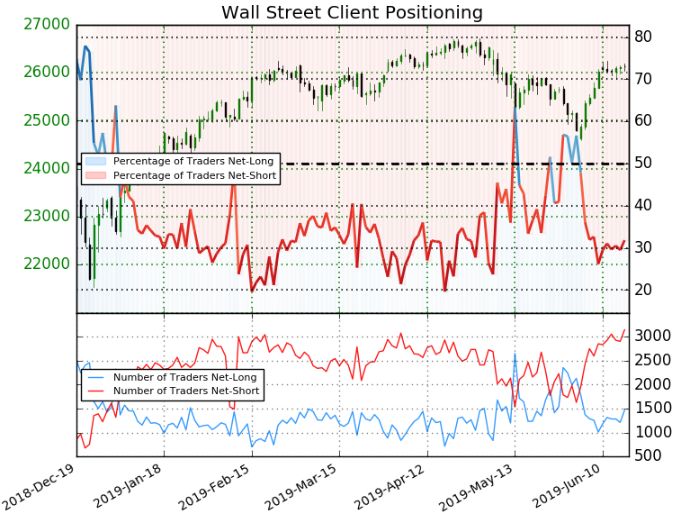 We typically take a contrarian view to crowd sentiment at DailyFX, and the fact traders are net-short suggests Wall Street prices may continue to rise. Positioning is less net-short than yesterday but more net-short from last week. With a bullish signal from retail trader data and dovish expectations soaring, the Industrial Average looks primed to continue its June recovery which could see it test May highs around 26,700. 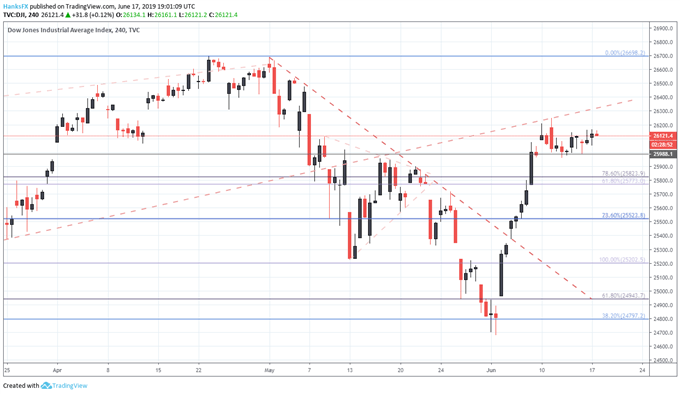 Should the dovish expectations come to fruition, the Average must first surmount the ascending trendline from February – now around 26,300 – before it can test 26,700. On the other hand, immediate support resides around 25,880 to 25,900 which kept the Index afloat throughout last week.

As the anticipation for Wednesday’s Fed meeting builds, the Dow Jones may continue to melt up. That said, volatility will likely remain muted until the meeting and implications on monetary policy unfold. For a post-FOMC breakdown and technical updates on the Dow Jones, follow @PeterHanksFX on Twitter.