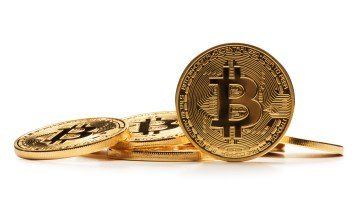 IG Client Sentiment Datashows how retail are positioned in a variety of cryptocurrencies. See how daily and weekly positioning can affect our trading bias. Bitcoin (BTC) trade data shows 77.3% of traders are net-long, a strong contrarian bearish signal. However, recent daily and weekly changes in sentiment suggest that Bitcoin may soon reverse higher despite traders being net-long.

Bitcoin touched $9,400 over the weekend in the latest as the recent rally, sparked off the June 4 low at $7,450 continues. BTC is now up nearly 200% from its December 14/15 double-low at $3,130 as buyers continue to control the market. The Bitcoin chart remains bullish and while a period of consolidation may be needed to keep momentum intact, the May 2018 swing-high at $9,957 remains the next upside target, just ahead of the $10,000 psychological level. The CCI indicator and widening 20- and 50-day moving averages, suggest that the market may see a period of consolidation with the $8,388 - $8,481 zone the first area of support. 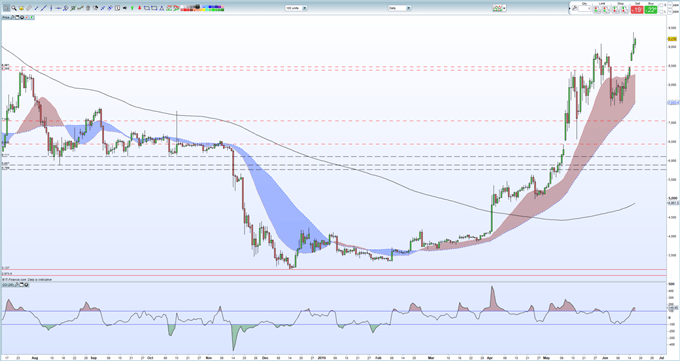 American online social media and network giant Facebook (FB) is expected to announce this week a new cryptocurrency - according to a range of media sources - in a move that is seen as adding extra credibility to the cryptocurrency space. The new stable coin – rumored to be called GlobalCoin - is expected to be a new payment system for Facebook’s 2 billion+ users, enabling users to buy goods and services without the need for a bank account. The coin is said to be backed by a consortium of around a dozen major global companies including Visa, PayPal and Uber. A White Paper for the new coin – said to be linked to a basket of currencies - is mooted to be released on June 18.

If the timetable for the launch is correct, the cryptocurrency space will once again be pushed into mainstream media. The new coin will likely draw global interest, due to Facebook’s reach, and while it may detract from other ‘payment coins’ it will showcase cryptocurrency use to a huge new audience.