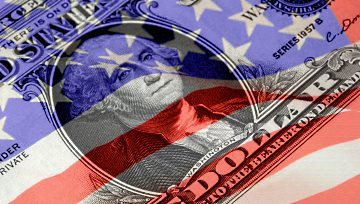 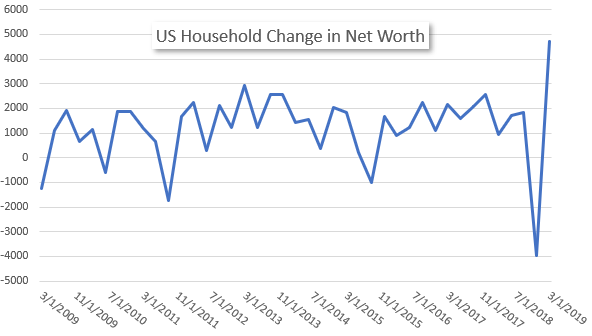 Data from the Federal Reserve released this morning shows the largest rise to US household net worth since the central bank started tracking the data. According to their numbers, household net worth rose $4.69 trillion to $108.6 trillion. The recent months’ rally in the stock market appears to be the main driver for the jump in net worth with corporate equities responsible for most of the rise. This record level comes off the back of Q4’s drop of $3.69 trillion with a S&P 500 performance of -13.8% through the period dragging on the figure. That slump was washed out though in the open of 2019 with the rallying led by the S&P 500 rising 13.07% - the best first quarter performance since 1998 and a move that would eventually see a fresh record high for the index.

The US Dollar Index (DXY) saw a modest and short-lived rise on the release of the data climbing to 96.95 before falling back down to 96.90. Investors have been keeping a close eye on Federal Reserve members’ commentary as the chance of a rate cut has been rising in recent months. The probability of a September cut currently stands at 93.8% according to overnight swaps. The index presently holds ominously close to its 200-day moving average and a 12-month trend channel floor as support. 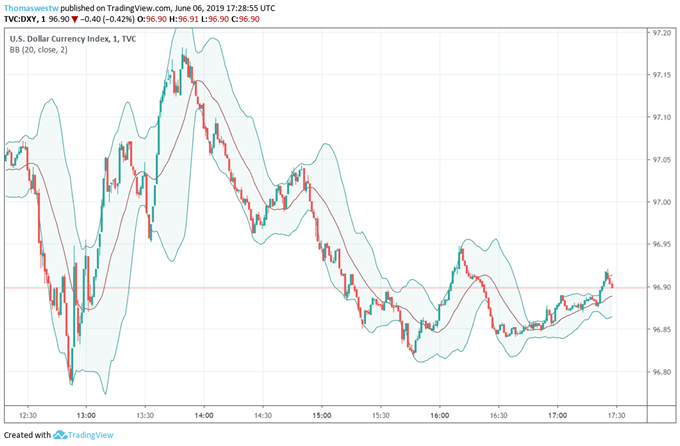 Although, the Fed claims for the most part that they are not influenced by short term market fluctuations, household debt is a measure that is eyed. Household balance sheet data shows that household debt increased at a quarterly rate of 2.9% to $1.4 trillion and consumer credit fell from $4.0 trillion to $3.99 trillion in the first quarter. The fall in consumer credit may be attributable to consumers holding back on expanding the amount of debt they feel comfortable holding which echoes a fall in consumer sentiment in the economy and downgraded forward economic forecasting from the World Bank.