The Dow Jones and DAX 30 face divergent outlooks, with the former enjoying a breach above resistance while the latter must negotiate confluent trendlines to the topside. With the ECB meeting in the rearview, the DAX will look to round out the week with little event risk. Conversely, the Dow Jones will await Friday’s Non-Farm Payroll report. 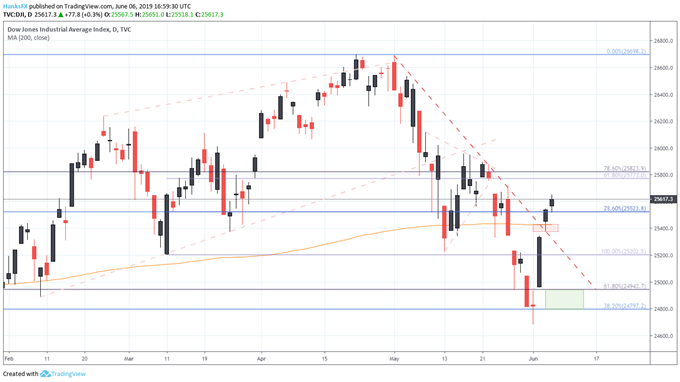 Earlier in the week, we highlighted the topside barrier the Dow Jones would have to surmount. Evidently, the dovish lean from Federal Reserve officials was enough to send the Industrial Average through the widely-watched 200-day moving average and the descending trendline from early May. With both levels surpassed, trades can expect them to provide some buoyancy if the Index stages a steep retracement. To the topside, confluent Fibonacci levels around 25,800 will stage resistance if the rebound continues.

Unlike the Dow Jones, the DAX faces a trendline that has posed considerable resistance – refuting two attempted moves higher this week. The line originates from the lows in late December and was unbroken prior to May’s gap lower. That gap has since been reclaimed, but the trendline has not. The German Index also faces a descending line from early May – the two are working in conjunction to keep the Index below. 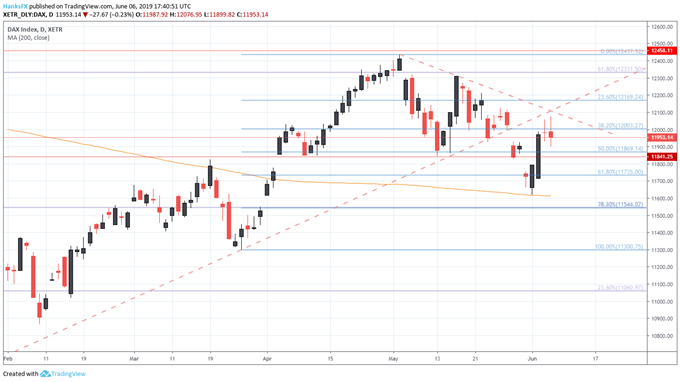 That said, some technical levels have been reclaimed. They will help to keep price afloat. Paramount of these is the 11,840 level which marks October’s swing high and has offered consistent support over the last three months. Although the American and German Indices trade on opposing sides of two important trendlines, they do share a commonality.

Retail traders remain overwhelmingly net-short the Dow Jones and the DAX 30. Given the contrarian nature of the indicator, the fact that traders are net-short can help bolster a bullish bias for both indices. 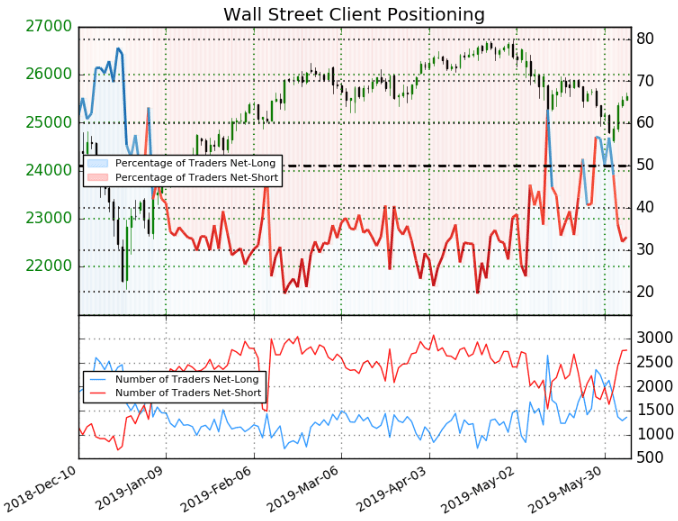 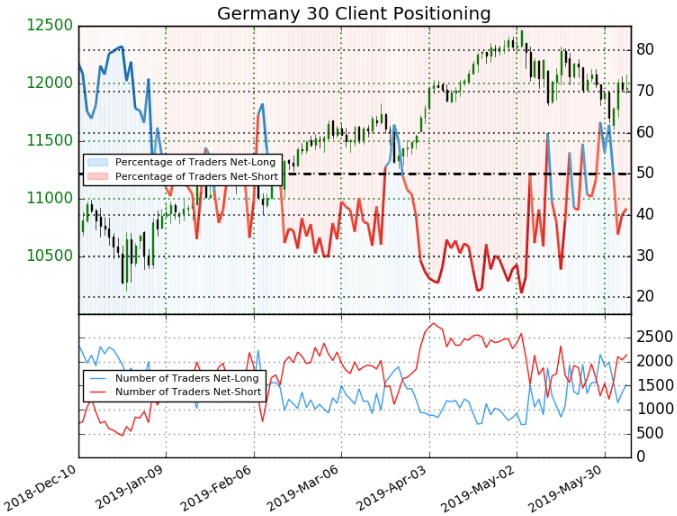