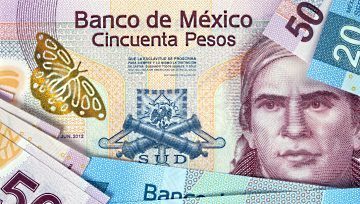 USD/MXN soared in early Thursday trade after a few risk-negative developments. The most notable event, and arguably the most consequential for global equity markets, was that the US and Mexico failed to reach a deal to avoid tariffs after talks in Washington ended. This has opened the door to stock volatility in the coming hours and days.

Generally speaking, the S&P 500 has been rallying in recent days on dovish Fed monetary policy expectations after Chair Jerome Powell bolstered market confidence on Wednesday. On top of this, the markets were pricing in that the United States and Mexico would reach a deal. Yesterday, Marcelo Ebrard, Mexico’s Foreign Minister, said that they were looking for an agreement.

However, US President Donald Trump noted that he wasn’t bluffing despite Senate Republicans objecting to his use of the levies for immigration purposes. If these proceed, a 5% rate will be applied on imports from Mexico starting June 10 with potentially then rising to 25% come October. Meanwhile, there is still the possibility of an escalation between US-China trade wars.

Unfortunately for the Mexican Peso, weakness was compounded by first a cut to Mexico’s outlook to negative from stable by Moody’s. This was then followed by a downgrade by Fitch to Mexico’s rating to “BBB” from “BBB+”. S&P 500 futures are now pointing lower and the anti-risk Japanese Yen is gaining. More risk aversion could come with USMCA in doubt as talks resume tomorrow. 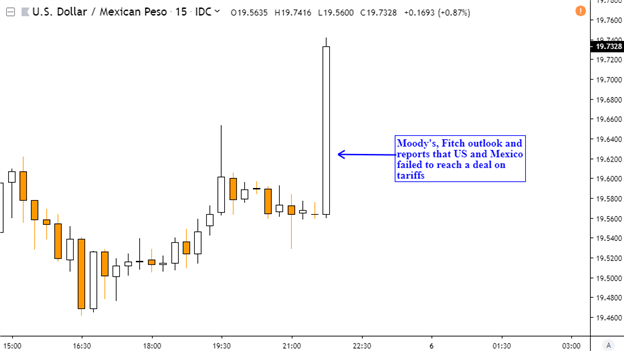