The battered Australian Dollar took a further knock Thursday as some domestic economic numbers came in well below forecasts.

First quarter private capital expenditure fell by 1.7% from the previous three-month period. The market had hoped for a rise of 0.5%. This turn out could be significant for overall growth given that many past improvements have been reliant on inventory building. A lack of capital investment could suggest that there will be little else to rely on once that build process finishes.

Sadly for Aussie bulls, there was more feeble data on tap. Building approvals fell by 4.7% on the month and a very chunky 24.7 on the year, both much weaker than expected. This series has been in steep decline since the start of 2018 but there seems to be no sign of any letup yet.

AUD/USD was knocked lower by these numbers but had already seen sharp falls since mid-April as perhaps the currency pair most exposed to rising global trade tensions. 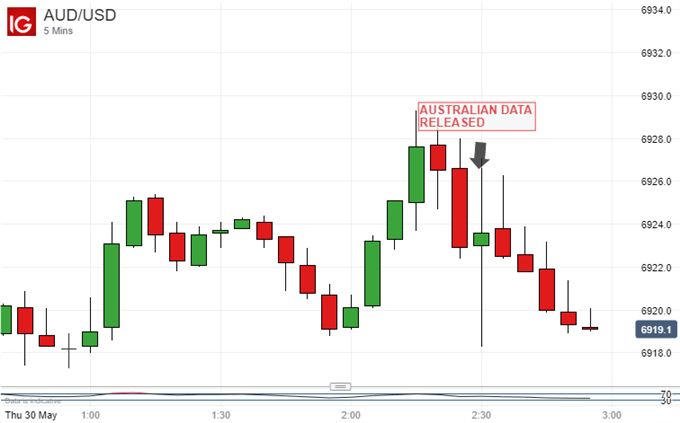 As a currency with strong perceived links to both global growth generally and China’s economic performance in particular, the Australian Dollar has unsurprisingly been weakening this year as the US-China spat has shown no sign of letup but has rather intensified.

AUD/USD is now essentially at its lows for the year, if the wide intraday trading range of January 3 is stripped out. Moreover Australian interest rate futures markets now unambiguously price in two quarter-point cuts to the record low 1.50% Official Cash Rate, with some market watchers suggesting that more reductions could follow them. 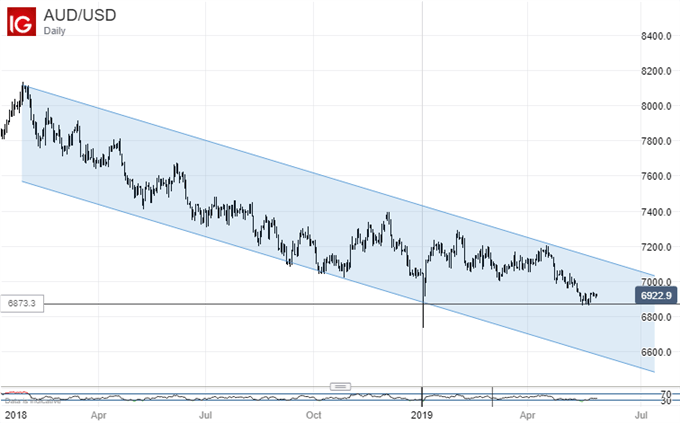 Given Australia’s already high debt levels, this latter thesis may be something of a stretch. The Reserve Bank of Australia may well be reluctant to stoke borrowing much further.