Ahead of the early-June goal of getting one last vote in UK parliament on the EU-UK Withdrawal Agreement, as well as the European parliamentary elections this week, UK PM May is putting all options on the table. In what appears to be a last-ditch effort to prevent the UK from enduring a no deal, “hard Brexit,” UK Prime Minister Theresa May is apparently prepared to offer UK members of parliament an option for a second referendum.

The mere prospect of avoiding Brexit altogether has reinvigorated the British Pound, which had been on a multi-week losing streak thanks to the lack of progress on a Brexit deal during the cross-party talks between Tory party leader and UK PM Theresa May and Labour party leader Jeremy Corbyn.

According to the report from Sky News, which obtained a copy of the summary of the speech UK PM May is preparing to give, she will offer MPs chance to have a vote on whether the Brexit deal should be put to a second referendum. Additionally, the Sky News report says that MPs will be offered a choice of either (1) May’s customs arrangement, or (2) the compromise put forward in the Labour talks: a temporary customs union on goods only (which includes UK having say in relevant EU trade policy and the ability to change the arrangement in the future). 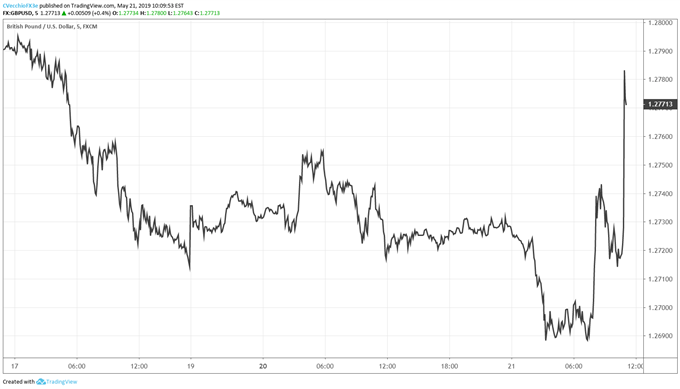 Immediately following the reports, the British Pound rallied against all of the major currencies. Notably, GBPUSD rallied from 1.2718 to as high as 1.2783 amid the news, before settling in at 1.2771 at the time this report was written. Amid the sharp rally, the near-term outlook for GBPUSD may not have any more clarity, given recent changes in sentiment and positioning. 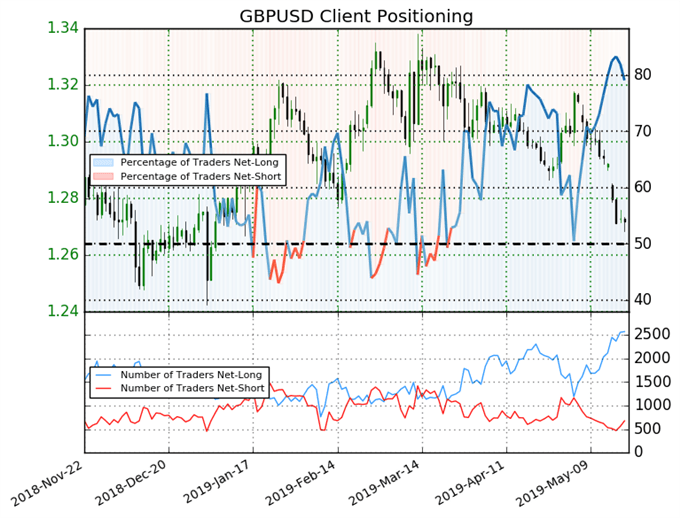