The prices of gold and other safe-haven assets like US Treasuries and the Japanese Yen are benefiting as traders switch out of riskier assets such as stocks amid pessimism about the US-China trade talks due to take place in Washington on Thursday and Friday.

However, it is likely that the markets have yet to price in fully the real prospect that the talks break down without an agreement – and that could mean further gains for gold and other havens. 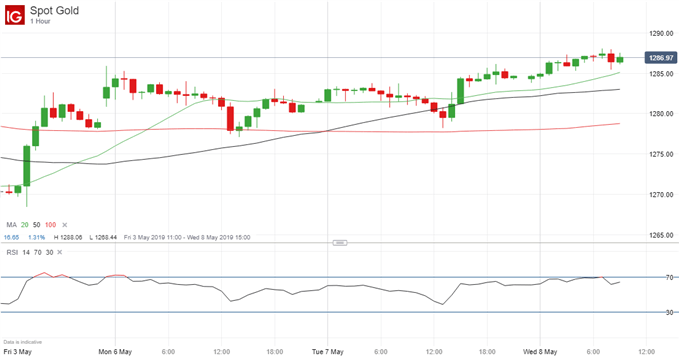 Chinese Vice Premier Liu He will travel to Washington in an attempt to reach a trade agreement before higher tariffs on a range of Chinese goods are imposed by the US Friday – the new deadline set by President Donald Trump. However, Liu’s visit has been shortened to two days from three and risk aversion could yet increase further unless there are signs of progress in the talks.

The talks will resume in the wake of data showing that China’s trade surplus fell to $13.84 billion in April – smaller than both the previous $32.67 billion and the predicted $34.56 billion. That arguably weakens the case for US tariffs on Chinese imports but there is still plenty of scope for a trade deal to unravel.

The DailyFX economic calendar is here

At DailyFX, we typically take a contrarian view to crowd sentiment, and the fact traders are net-long suggests gold prices may fall. Positioning is less net-long than yesterday but more net-long from last week. The combination of current sentiment and recent changes gives us a further mixed gold trading bias. 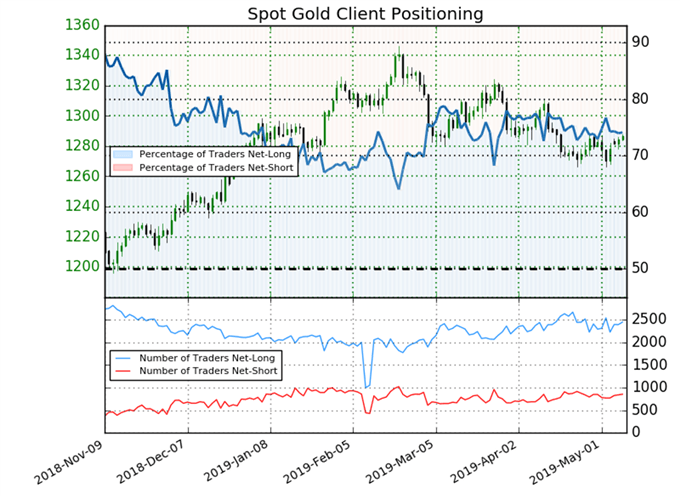 A brief history of trade wars

How to trade gold