The Australian Dollar wilted Friday on dismal news from its homeland’s construction sector.

These numbers come at a crucial point for the Australian Dollar which, not surprisingly, welcomed them with falls. 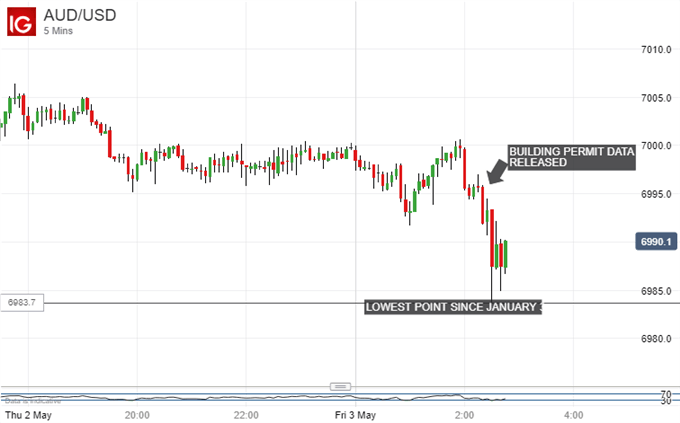 The pair is now at its lowest point since January 3. Next week will bring May’s monetary policy decision from the Reserve Bank of Australia, with a rate cut in play to an extent not seen since the last actual reduction. That took place in August, 2016 when the Official Cash Rate was cut to the record low of 1.50% which has endured since.

Now, thanks mainly to yet-more weak inflation data, interest-rate futures markets put the chances of a quarter-point cut at 44%. This is admittedly less than the 68% chance they ascribed to such a move right after those inflation numbers were released late last month, but it’s still remarkably high by recent standards.

Those weak approvals numbers will do nothing to dissuade those who believe that next week will bring action.

AUD/USD has been struggling for a while on its daily chart, after brief burst of relative vigor earlier this year as markets moved to price in a more cautious pace of interest rate increases from the US Federal Reserve. 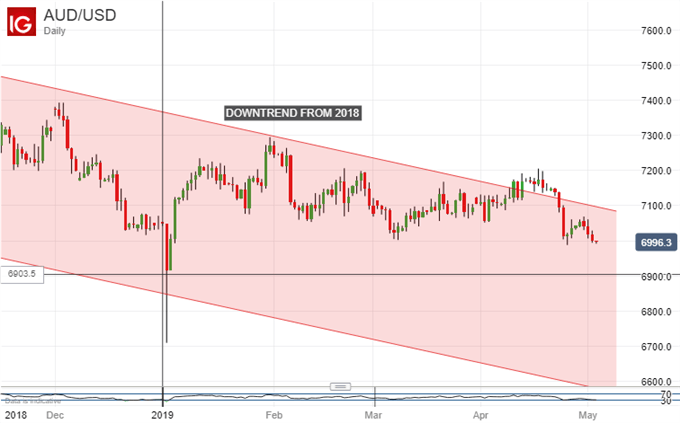 However now markets are all too well aware that what goes for the Fed goes for the RBA too, as I argued last year that they should have been. Sure enough AUD/USD is back in the long downtrend which marked trade for most of 2018, with the lows of January back in clear sight.