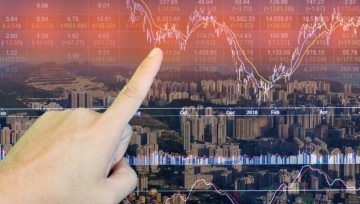 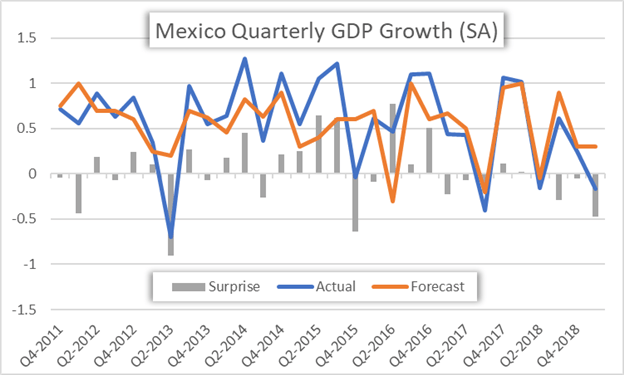 The decline in Mexico’s latest GDP report may have been partly due to tension flaring up between the US and Mexico over their pending USCMA trade deal recently – the ongoing uncertainty, which Mexico’s central bank previously highlighted as a risk, has likely dampened consumer sentiment, business activity and economic growth.

Also, the US released its own GDP report last week which illustrated a 1.2 percent drop in imports from Mexico. It now appears that this largely impacted Mexico’s economic growth – particularly once considering the US accounts for roughly 80 percent of Mexico’s exports.

In fact, Mexico is now the largest trading partner with the US which could be a result of the US-China Trade War. The possibility of the recent slowdown in US consumption and imports from Mexico continuing poses a threat that could materially drag down Mexico’s economy.

In addition, seeing that Mexico is the eleventh largest oil producer in the world, the recent decrease in supply negatively impacted its oil exports which also contributed to lower than expected GDP. 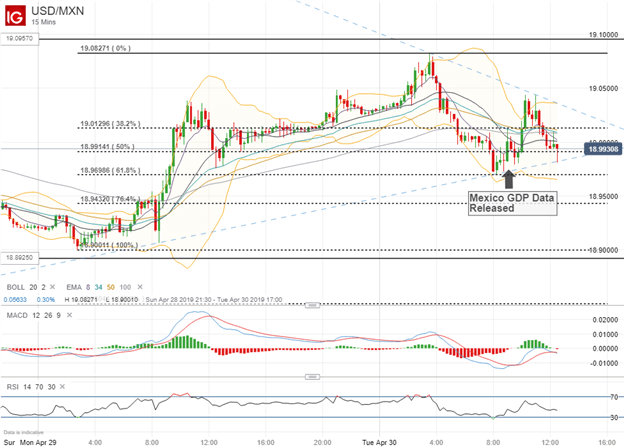 At first, USDMXN advanced steeply once the data was published but the Mexican Peso has since trimmed losses against US Dollar. Price action surrounding today’s GDP report saw the currency pair fluctuate nicely between the 1-standard deviation trading range of 18.893 to 19.096 calculated from USDMXN overnight implied volatility which was highlighted yesterday.

Greenback gains against the Peso could be dwindling due to widespread USD weakness expressed by the DXY US Dollar Index slipping nearly 0.4 percent so far today. Aside from the Euro largely dragging the US Dollar lower in response to the Eurozone’s relatively upbeat GDP report, expectations for a dovish Fed ahead of the central bank’s FOMC meeting tomorrow could be weighing negatively on USD crosses as well.