Currency Volatility Could Ignite with EZ GDP, FOMC, US NFP Next Week

The latest stretch of gains in the US Dollar appears to have stoked forex market volatility over the last few days of trading. However, price action looks to have been in anticipation of Q1 US GDP which was released earlier today. With this data now in the rearview mirror, what risks have potential to propel further currency volatility next week? 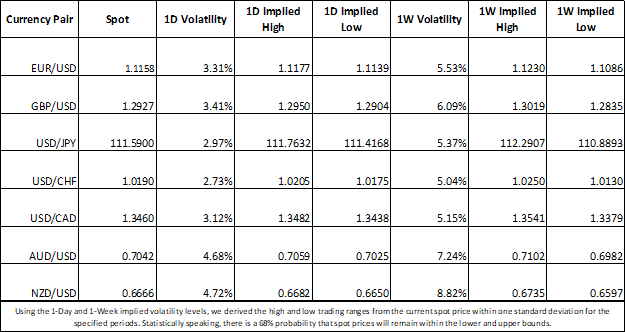 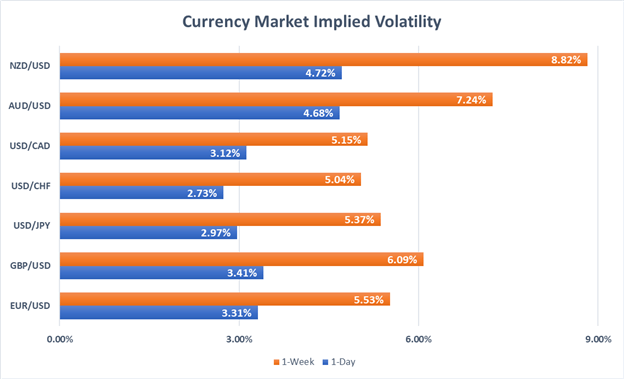 First on the list of possible volatility triggers is Japan’s Golden Week where the Japanese will observe a consecutive 10-day holiday celebrating the country’s emperors among other national events. With Japan’s financial markets closed all next week, traders might expect limited liquidity and raises the risk of rampant price swings. In fact, the last time the Japanese markets were closed on holiday while other markets were still open was on the January 3 JPY flash-crash.

Consequently, AUDJPY will be an interesting currency pair to keep an eye on next week. According to 1-week implied volatility measures, AUDJPY traders might expect spot prices to fluctuate between 77.940 and 79.238 with a 68 percent statistical probability. The 1-week implied high and low aligns well with Fibonacci support and resistance which have contributed to the narrow trading range observed since the January 3 flash-crash. 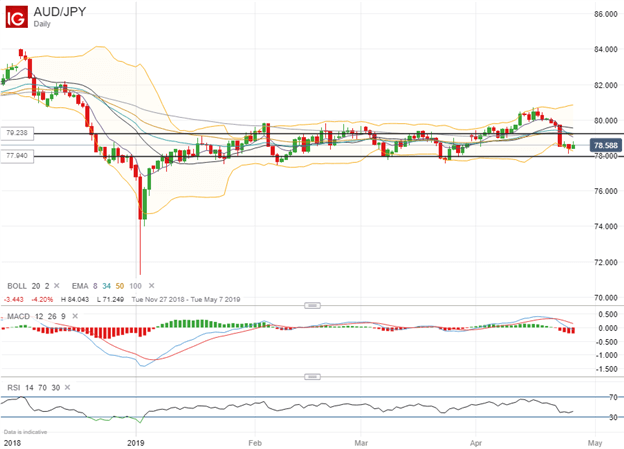 Shifting to hard economic data, the Eurozone is slated to release its Q1 GDP report during Tuesday’s session. If the numbers show an improvement in the Eurozone’s economic growth and surprise to the EURUSD could attempt to rebound from its recent selloff. On the contrary, if the report fails to provide reasons for optimism, the Euro could continue to come under pressure. The 1-week EURUSD trading range derived from implied volatility priced into forex option contracts estimates that the currency pair will trade between 1.1086 and 1.1230 with a 68 percent statistical probability. 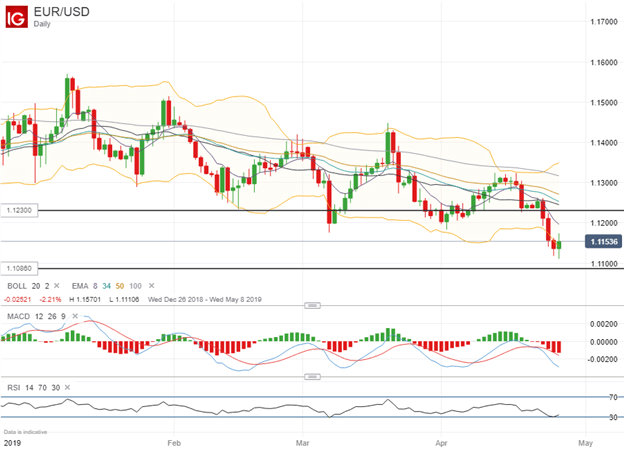 Later on Tuesday, Canada will also release its GDP numbers and could draw a reaction in USDCAD. Last week, the Bank of Canada rate decision weighed negatively on the Canadian Dollar given dovish language found in the Governing Council’s press statement and follow up commentary from Stephen Poloz. If Canada’s GDP report echoes timid economic activity in the country, more pain could be expected for the loonie. Also worth noting is the recent downside in oil which might pose as another headwind to CAD upside. 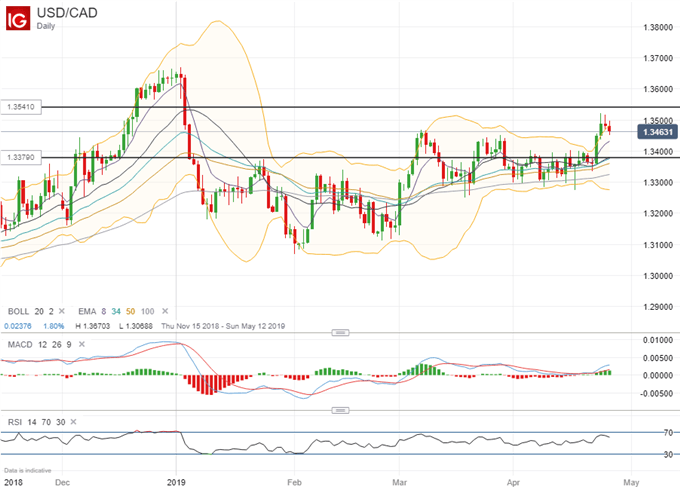 Taking the spotlight for the US Dollar will be Wednesday’s FOMC decision. Although the Fed is expected to remain on hold according to OIS pricing, Chair Jerome Powell will likely provide markets with an update on the central bank’s latest view on monetary policy – particularly in context of the latest US GDP report.

Fed futures are still pricing a 25-bps cut by the end of the year despite the huge upside surprise in first quarter economic growth. Although, the Federal Reserve will likely indicate its relatively hawkish or dovish tilt at this upcoming meeting which could warrant a sizable reaction in the USD. In fact, expected USD price action has rebounded higher shown in the chart below. 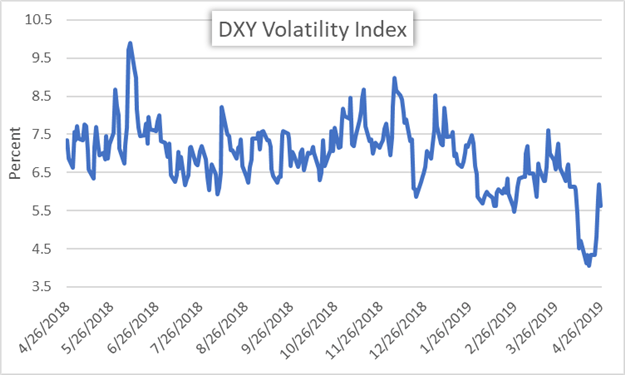 To cap off the week, US Nonfarm Payroll data will be released in addition to the ISM Services Index for April. Further improvement in US economic data will likely reduce market expectations for a rate cut from the Fed this year and could boost the greenback. On the contrary, weakness in America’s job market could give markets the jitters if this cornerstone of the US economy shows signs of deterioration.