On the heels of stellar earnings from Facebook and Microsoft, the S&P 500 saw a mixed trading day, briefly slipping into the red before climbing into positive territory ahead of the close. Volatility has been lacking in the recent melt up but the release of US GDP on Friday could buck that trend.

While GDP estimates range from 1.4% to as high as 2.8%, Bloomberg’s aggregate measure projects a 2.2% print tomorrow. As always, markets will judge the data in three ways – a hit, miss or beat. However, with the recent capitulation from the Federal Reserve and the subsequent rebound in US equities, a typically bullish print could be undone by the implications for the central bank’s policy path.

In the event that Friday’s GDP release is above expectations, markets will likely look to the degree of outperformance. It could be argued anything above 2.5% - within the upper bound of projections – would significantly increase the chances of a rate hike from the Federal Reserve and consequently pressure the S&P 500.

While strong growth is indicative of a healthy economy, the Fed’s outlook on interest rates has proven a more dominant concern in recent months as the S&P 500 has climbed alongside the falling chance of a rate hike at upcoming Fed meetings. 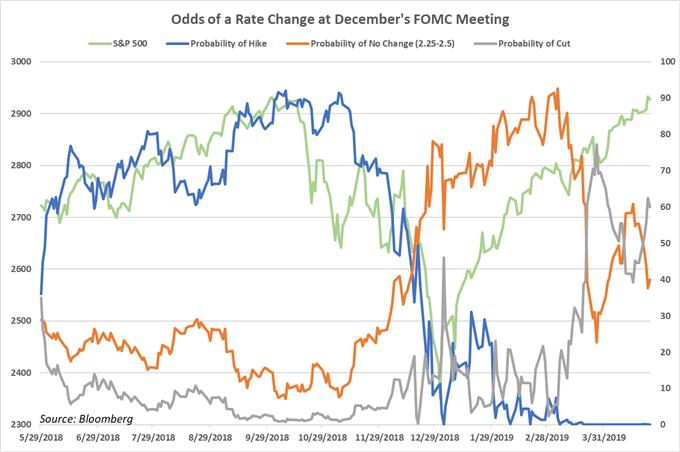 US GDP Lands Near Expectations

With the Federal Reserve in mind, a Goldilocks data print may be the best-case scenario for the S&P 500. A release at the expected 2.2% or thereabouts, would likely offer support for the current monetary policy outlook. In turn, analysts may look to earnings and corporate forecasts to drive price but if the impact from trade wars and a partial government shutdown are discounted, a miss may be in store. A miss would further the recent trend in the Citi Economic Surprise Index which has seen US data consistently miss expectations in the latter half of the first quarter and April. 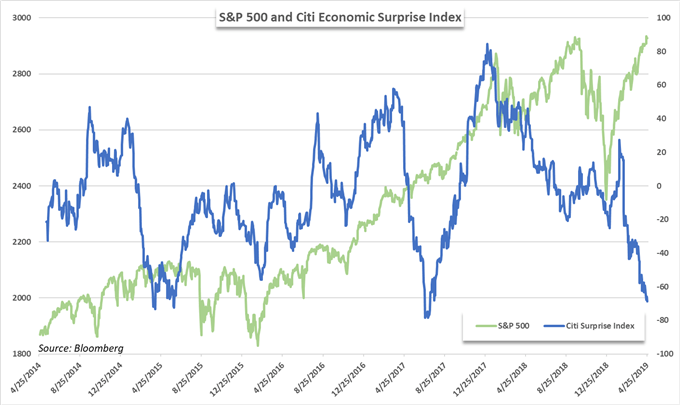 Data considerably beneath market expectations could also see the initial reaction lack conviction as the greater implications on monetary policy are considered. The market already sees the odds of a rate cut at July’s FOMC meeting above 60%, just two months after they were effectively zero. An abysmal growth figure could see these odds skyrocket – potentially spurring the S&P 500 higher. Looking at 30-day Fed Funds interest rate futures, the market is currently pricing the effective interest rate in December 2019 at 2.24%. 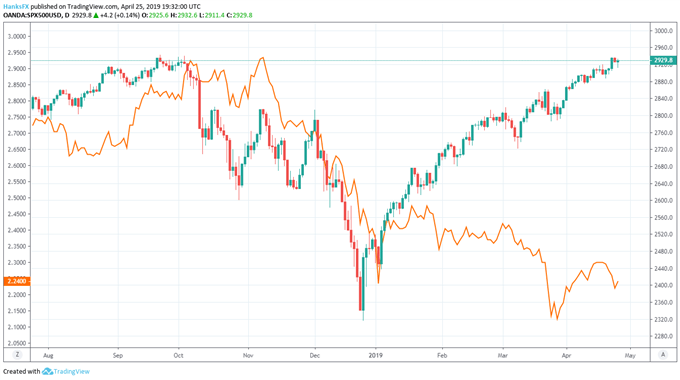 For live webinar coverage of the release, join Analyst David Song at 12:15 GMT Friday. Outside of equities, explore potential trades in the US Dollar, Gold and more with analyst James Stanley’s Price Action Setups video.