The S&P 500 closed Wednesday trading marginally lower, despite reports that the US and China look to conclude their trade war at the end of May. In pursuit of a resolution, US Trade Representative Lighthizer will travel to Beijing on April 29 to negotiate further – followed by Chinese officials returning to Washington on May 5. While encouraging, the news did little to impact the S&P 500 after US and Chinese officials have cried wolf on trade optimism for months. That said, concrete dates may help to regain the faith of wary traders.

Despite Wednesday’s decline, the S&P 500 still grasps at all-time highs around 2,940. With bank earnings in the rearview, the sector offered somewhat underwhelming results. Across the industry banks reported lower trading volume and its adverse impact on profits. For Goldman Sachs, which has a considerable share of profits tied to trading, lower volume equated to a 13% decline in profit from the prior quarter. In response, Goldman’s market cap slipped beneath that of competitor Morgan Stanley. 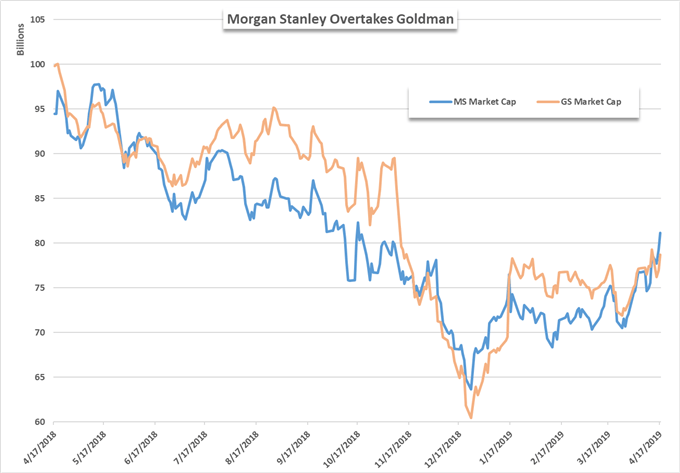 On the tech front, Netflix reported strong revenue and earnings per share but disappointed investors with the company’s subscriber growth outlook. That said, the Nasdaq 100 pressed to fresh all-time highs Wednesday morning before retreating alongside the Dow Jones and S&P 500. At such valuations, financial news media and many market participants warn the odds of a recession are heightened – particularly after a brief yield curve inversion - but corporate profits may help stave off a recession.

US Quarterly Corporate Profits Before Tax

According to data from the Federal Reserve Bank of St. Louis, pre-tax corporate profits remain comfortably within the range of years prior. While post-tax profits may decline notably due to the waning impact of President Trump’s corporate tax cuts, pre-tax firm profitability does not appear recessionary. Leading up to both the Dot Com bubble and the Great Financial Crisis, pre-tax profits witnessed sustained contraction. In fact, a survey conducted by the New York Fed suggests that small businesses are more optimistic now than they were in the past two years. 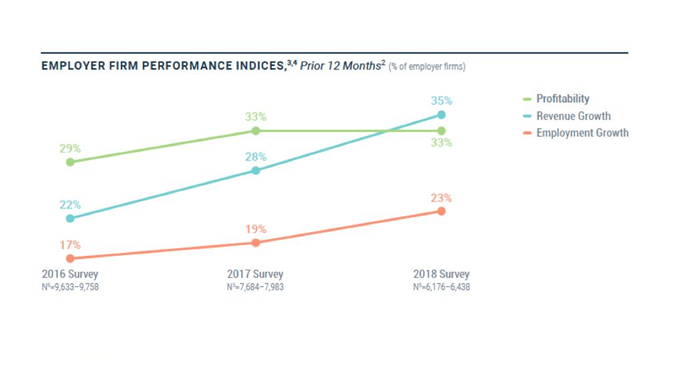 While corporate profits are just one piece of the economic puzzle, firm profitability plays a big role in other economic indicators like unemployment, wage growth and GDP. With concrete dates laid out for US-China trade war negotiations and revised GDP forecasts, cases can still be made for trend continuation in US equities. Follow @PeterHanksFX on Twitter for equity insight and earnings season coverage.