The Australian Dollar slipped Tuesday after the minutes of the last monetary policy meeting showed more apparent emphasis on the consequences of lower interest rates.

Rate setters said that a rate cut would be appropriate if inflation stayed low and unemployment trended up and that, given subdued inflation, the likelihood of a near-term rise in rates was low. The meeting itself resulted in the key Official Cash Rate remaining on hold at its record, 1.50% low for a 32nd straight month.

This is the longest period of stasis in Australian history but, nevertheless, rate futures markets still price-in the prospect that the next move, when it comes will be a cut.

The minutes suggested that the RBA now tends to agree and sure enough AUD/USD headed down. 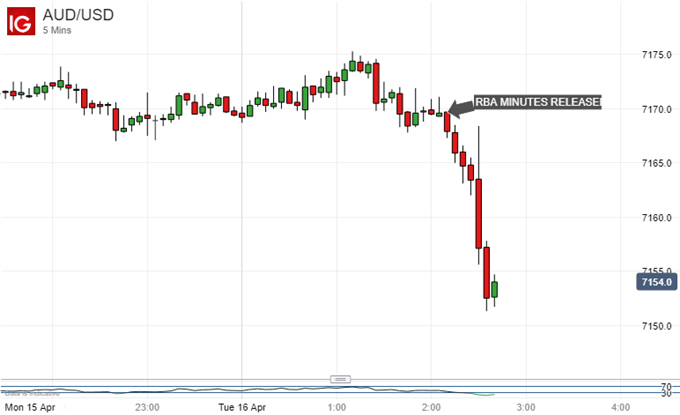 On its daily chart the Aussie remains above the long downtrend which persisted through much of 2018 as US interest rates rose while Australia’s stayed put. Resilient global risk appetite has boosted the Australian currency. but the minutes have put market minds back on its utter lack of domestic monetary policy support. 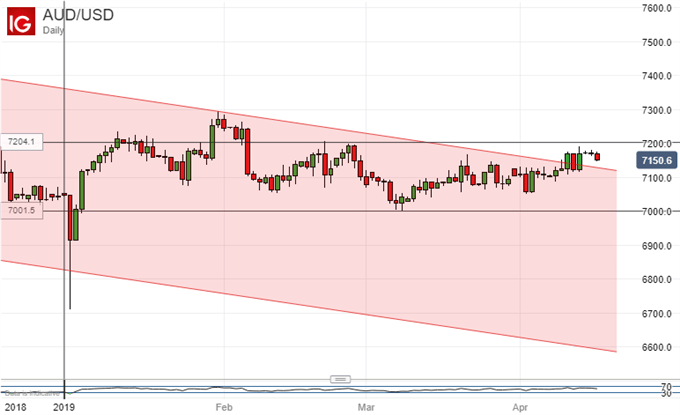 The next key domestic data hurdle for the Aussie will now be official local employment data which come out on Thursday. The Australian economy has been something of a job creation powerhouse in the last few years, but the tone of the minutes suggests that the RBA is worried that this strength could be about to fade.

Before that, however, on Wednesday, will come official Chinese Gross Domestic Product numbers. These will clearly matter to the AUD/USD market given Australia’s huge trading links with the world’s second largest economy.