Asian stock markets were cautious and mixed on Friday as investors watched for headlines on the US/China trade negotiation story and looked ahead to the release of key US economic numbers.

According to Chinese state media Vice President Liu He said Beijing and Washington had reached a new consensus. This seemed to echo US President Donald Trump’s enthusiastic comments on the subject Thursday when he suggested that a ‘monumental’ deal could be weeks away.

Market watchers seem to doubt that such hyperbole is entirely justified, but still risk appetite seems to be broadly holding up as official US employment data loom later in the global session.

It’s payrolls Friday once again so official employment data from that country will probably dominate market proceedings for the rest of the session. The world’s largest economy is expected to have added 175,000 nonfarm jobs in March, for an unchanged jobless rate of 3.8%.

The Australian benchmark index remains close to seven-month peaks, however. It is also well within the quite narrow daily-chart range which has marked trade since its previous uptrend was broken in early March. 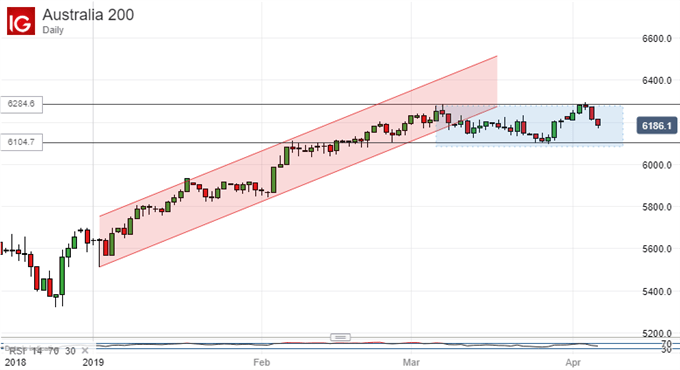 The US Dollar hit three-week highs against the Japanese Yen as haven assets were broadly shunned, with the Australian and New Zealand Dollars higher too.

Crude oil prices retreated a little from the peaks made earlier in the week. International benchmark Brent was back below the $70/barrel mark it topped on Thursday for the first time since late 2018.

Gold prices retreated a little and remain near ten-week lows.

Those US data will top the bill for the rest of Friday, but Canadian Dollar watchers will also await job numbers out of that country.