GBP: The Pound continues to rebound from the lows seen last week with the currency briefly pushing above the 1.31 handle against the greenback as GBP watchers awaits tonight’s indicative Brexit votes (For more, click here). Elsewhere, a notable jump in the UK Mfg. PMI to 55.1 from 52.1 gave the Pound a modest boost. However, on closer inspection the headline is somewhat misleading given that the strength in the figure had been led by another wave of record stockpiling as businesses step up preparations for Brexit. Consequently, Mfg. PMI in the UK begin the push lower soon.

TRY: Following the results of the local elections in Turkey, in which President Erdogan’s party had lost control in Ankara and also trailed in Istanbul, USDTRY had surged as much as 2.5%. Given that Turkey is currently in a recession, this blow to President Erdogan’s leadership could see criticism over high interest rates re-emerge and its negative impact on growth. As such, risks will likely remain tilted to the downside in the near term for the Turkish Lira.

ZAR: The South African Rand is outperforming against the US Dollar this morning after relief amid Friday’s inaction from Moody’s over South Africa’s sovereign rating, subsequently keeping its investment grade status. Alongside this, given the slightly encouraging Chinese PMI data overnight, risk appetite and EM’s have been supported. 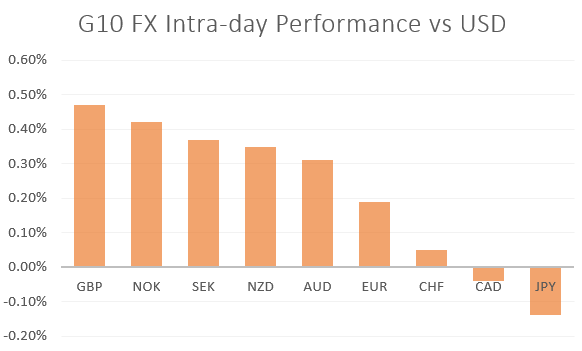 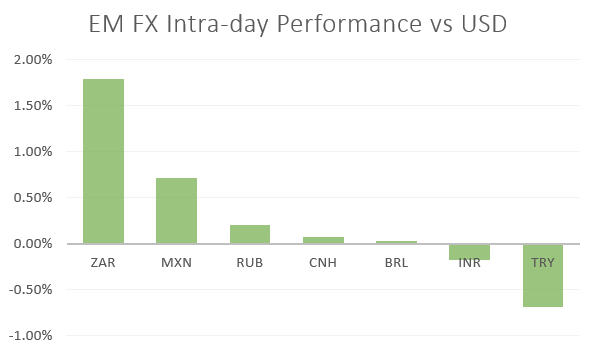