NZDUSD forex option traders are expecting sizable price action from the currency pair Wednesday according to overnight implied volatility. In fact, the 1-day measure jumped to 14.95 percent – the highest reading in over a month – ahead of Wednesday’s Official Cash Rate announcement from the Reserve Bank of New Zealand. 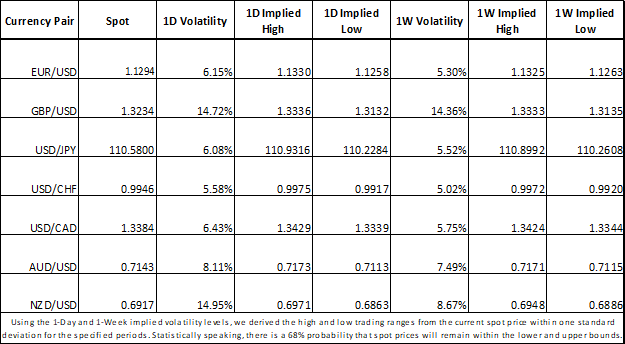 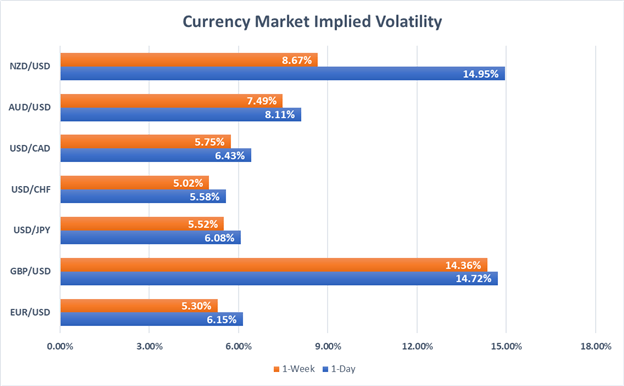 The RBNZ has held the OCR at 1.75 percent since November 2016 and expects to hold its interest rate steady through this year and next according to previous statements. Despite the market’s consensus that the RBNZ will leave its OCR unchanged at 1.75 percent this March, there is still a 33 percent probability of a cut from the central bank priced in through swaps out to August. Consequently, Governor Orr’s commentary on the group’s economic view and accounting of external risks could generate a market response.

Keeping an eye out for changes in language from February’s monetary policy statement could provide insight on which direction NZDUSD moves after tomorrow’s decision. Seeing that last month’s statement said the next OCR move could be up or down, Kiwi-Dollar forex traders will likely look for updates to the ‘key judgements and risks’ that affect the RBNZ’s interest rate decision. 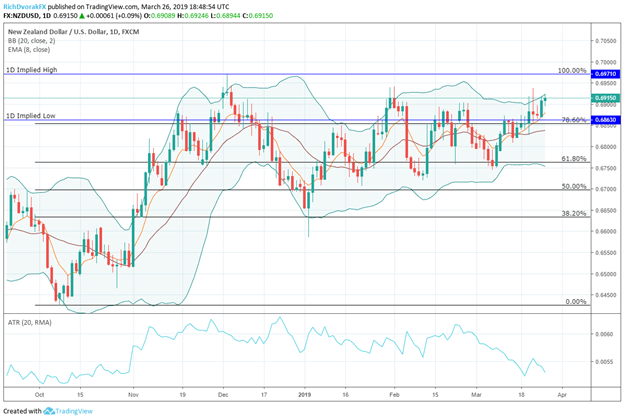 Another factor potentially fueling expectations for greater NZDUSD volatility could be the currency pair’s technical picture. Firstly, NZDUSD’s 20-day average-true-range has taken a plunge since the indicator’s recent high of 63 pips this past December is near its multi-month low of 52 pips. Looking at this gauge with a contrarian lens might suggest a looming reversal of this trend as it did back in October when NZDUSD’s ATR was at a similar level.

Second, the 78.6 percent and 100.0 percent Fibonacci retracement lines derived from the respective low and high in October and December are currently sandwiching NZDUSD. That leaves prices room to move before prominent technical boundaries are overrun. Nevertheless, currency market participants can project an expected range between 0.6863 and 0.6971 if overnight implied volatility measures are to be believed. 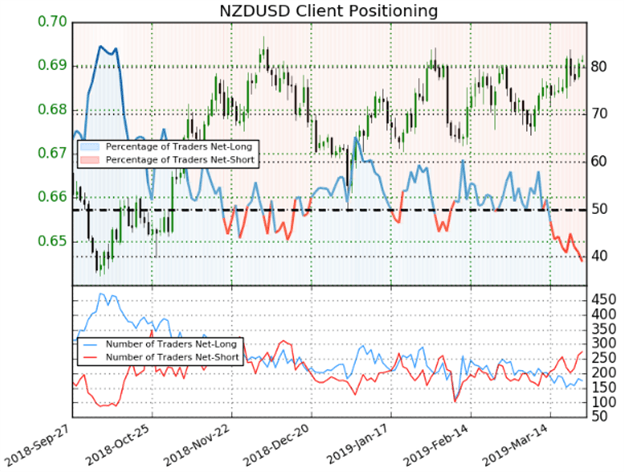 NZDUSD traders have a bearish bias headed into tomorrow’s RBNZ announcement according to client positioning data from IG which shows 39.0 percent of traders are net-long with the ratio of traders short to long at 1.57 to 1. Additionally, the number of traders net-short is 25.7 percent higher than yesterday and 13.7 percent higher from last week.