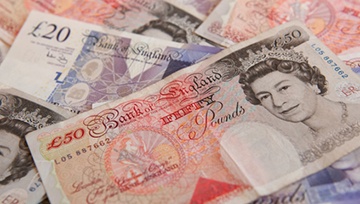 The GBPUSD chart is suggesting further gains for the pair as the trend higher that began when the price was at 1.2773 on February 14 shows few signs yet of exhaustion.

With GBPUSD now at its highest level since the end of January, it appears to have made an important break above the psychologically important 1.30 level, bringing into focus the January 25 high at 1.3218 and potentially the October 15 high at 1.3258.

Meanwhile, chances are rising that the UK will seek to delay leaving the EU on March 29, that a no-deal Brexit will be ruled out and that a second referendum will be held. The government position is set to be debated at a Cabinet meeting Tuesday morning, where Brexit is the only item on the agenda. After that, UK Prime Minister Theresa May will make a statement to the House of Commons, updating Members of Parliament on her negotiations with the EU.

Traders also need to keep an eye on testimony by Bank of England Governor Mark Carney to the Treasury Select Committee, due to start Tuesday at 1000 GMT.

DailyFX Poll: Which Successor to PM May Would be Most Positive for GBP?