See how IG clients are positioned on the Dow, Crude oil and the FTSE 100 with our free IG Client Sentiment Data.

Investors with exposure to the financial sector in the FTSE 100, particularly HSBC, will watch tomorrow’s Brexit proceedings keenly. Beyond the event’s impact on the British Pound and the broader FTSE 100, a change in the Brexit timeline could spark deeper uncertainty for firms who have concrete plans to shift operations to continental Europe. 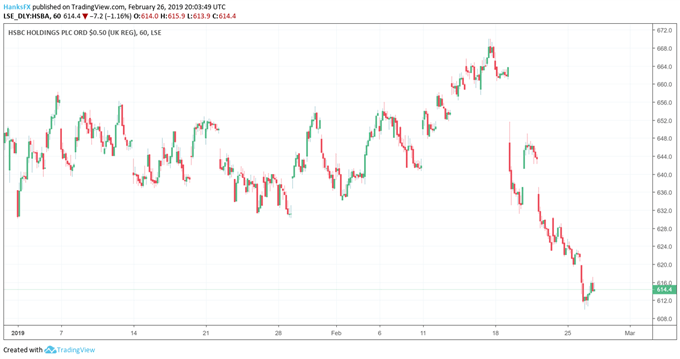 In August 2018, HSBC announced plans to transfer seven of its branches from the United Kingdom to its French subsidiary and acquire two other branches under its French arm. While the bank fell short of naming Brexit explicitly, the French branch released a statement outlining the rationale. “As political and regulatory change in Europe continues, it is important that HSBC organizes its business in a way that supports its pan-European proposition for customers” the statement said. The move is slated to take place in Q1 2019, just as the United Kingdom is scheduled to leave the European Union. 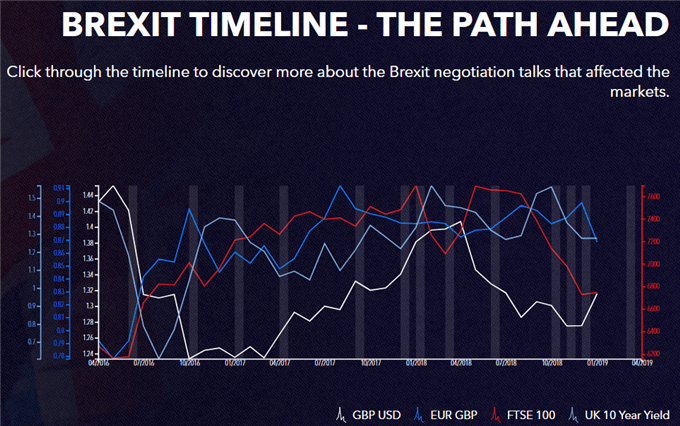 With Brexit only 31 days away, HSBC’s proposed move looks primed to take place. However, with tomorrow’s Brexit vote the schedule could be altered as uncertainty mounts. Wednesday’s key debate in Parliament will cover the Kyle-Wilson amendment. The amendment states that MPs will support the Prime Minister’s deal, which has been agreed to by the EU, only if it is put to a second referendum.

If passed, the vote would necessitate an extension of Article 50, a proposition the EU has been open to. The Article 50 extension would then allow a second vote to be put to the public, effectively allowing English nationals to vote directly on the Brexit terms secured by Theresa May. Such a development could throttle the plans of HSBC and other companies to reduce operations in the UK as the country could be in a state of flux for longer, or potentially remain in the EU. 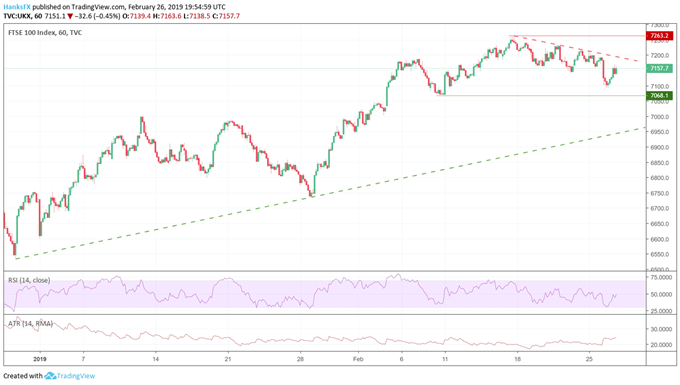 That said, the vote is largely expected to fail and thus May’s government will be locked between a rock and a hard place with time quickly dwindling. Alongside HSBC and the FTSE 100, look to increased volatility in the Pound as traders watch tomorrow’s vote unfold. The currency experienced a broad and substantive rally this past session. The FTSE 100 has traded slightly lower to the middle of the recent range etched out from February 8th. RSI is similarly average, slightly under 50.