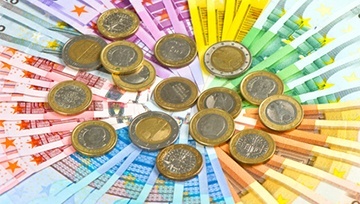 The Euro was unchanged against the dollar and the sterling as the IFO Business Climate for February 2019 missed expectations at 98.5 (Exp. 98.9), however, the prior reading had been revised higher to 99.3 from 99.1.

As business climates is at its lowest since January 2015, the assessment of current conditions comes in at 103.4, its lowest since February 2013, and future expectations come in at its lowest since November 2012 at 93.8. After the release of the figures, the EURUSD has continued its scarce volatility with a marginal move as the pair continues to look for developments in the US-China trade talks to consolidate a direction. ECB President Draghi is expected to give a speech later today where he is expected to remain dovish about the likelihood of a future rate hike.

What this figure means

For years Germany has been the driver of Eurozone economic growth, but after a notable slowdown in its own growth in 2018, there is no sign of a rebound in early 2019, as recent figures reveal the European economy is facing stagnation. Feared US tariffs on EU car exports could have a tough impact on Germany’s manufacturing outlook, which coupled with a global economic slowdown have led to forecasts of a 1.5 per cent growth in GDP for 2019, which would mark a second consecutive annual slowdown.

Macroeconomic figures released in the last month have painted a mixed picture for the German economy and its future growth expectations:

Q4 GDP figures released last week showed that Germany had narrowly missed recession at the end of 2018. The zero-growth reported followed a previous quarter contraction of 0.2%.

German producer price index for the month of January beat expectations but was still below the figure for December. Prices rose 2.6% in January, which beat the expectation of just a 2.20% increase, but remained below the 2.7% increase in December.

Purchasing Manager’s Index was up to a four-month high of 52.7 backed by an increase in the services sector, coming in at 55.1, whilst manufacturing continued to decline to 47.6, staying below the 50 line that indicates a contraction in the industry.

The ZEW Economic Sentiment for the month of February was revealed on Tuesday, coming in at -13.4, a slight recovery from last month’s -15, but way below its long-term average of 22.4. This figuremeasures the outlook on the economy in the next 6 months, with a value above 0 indicating a positive outlook on the economy and a value below 0 a negative value on the economy. Zew’s president Achim Wambach said “they do not expect a rapid recovery of the slowing German economy”.

There is no doubt that the figures show that the German and European economy are facing a period of slow growth but, although many figures are seeing declines, they are not as bad as feared, as expectations for the latest economic releases have been consistently worse than actual figures released. This may be an indication that markets have braced themselves for a steeper worsening of economic conditions than the one currently unfolding, on the back of turbulent times for global economics, led mainly by the US-China tariff war and the uncertainty of Brexit. 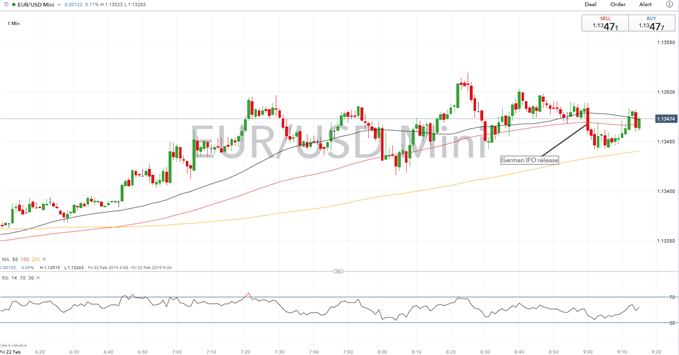