On Wednesday, President Jair Bolsonaro gave Congress his plan to overhaul Brazil’s bloated pension system. Markets are keeping a close eye on this development because a reform in this key area is projected to radically transform the Brazilian economy. As it stands, the current pension system concerns investors because it consumes more than half of the state’s budget and is the culprit behind the country’s alarming budget deficit.

The new pension plan is projected to save in the upper bounds of BRL 1.2 trillion in the next decade. Investors have been riding on the hopes that the President can deliver the reforms. Brazil’s benchmark Ibovespa equity index has risen over 12% since his election, reflecting the market’s optimism about the prospects for this and other market-friendly policy changes. 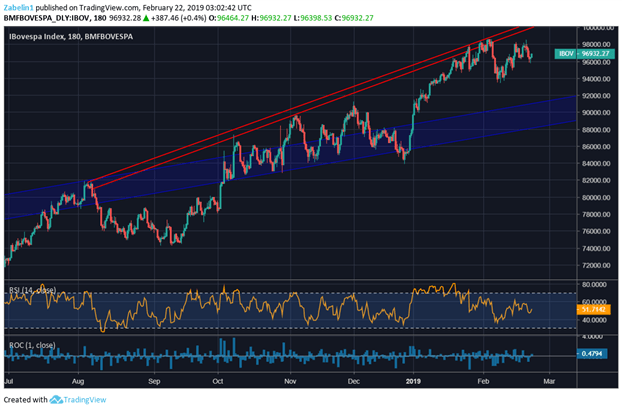 Bolsonaro’s government still has many barriers ahead, and as such will likely keep Brazilian assets in a very sensitive limbo for the next few months. His government still must form a coalition in Congress and has to overcome a substantial number of hurdles before any reform is signed into law. In the meantime, the proposal will be heavily scrutinized by lawmakers.

This has to do partially with the sheer size of the bill and its potential fiscal impact, but also because it would be classified as a constitutional amendment and will therefore have to endure several votes in the lower House and Senate.

Bolsonaro’s strategy – arguably similar to the Italian populist government when they were pushing for their controversial budget – is to be bold. The initial proposal will likely be watered down, so coming in with high demands allows for an area of compromise that will not deteriorate the fiscal effect it will have on the economy.

It may be a hard pill for lawmakers to swallow because it would require raising the retirement age following a 12-14-year transition period. This may anger each congressmember’s voter base and could threaten their possibility of a reelection. Looking ahead, there may be a floor vote in the lower house of Brazil’s legislative branch in August. If Bolsonaro’s proposal survives it, then formal congressional approval would likely be given by year-end.

Because of the hope surrounding these reforms, the Brazilian Real is forecasted to be the best performing emerging market currency in 2019. Since September, BRL has gained over 10 percent against the Greenback. If the pension reform passes, the currency will likely jump alongside the Ibovespa, and investment into Brazil will likely start pouring in.

However, fears from slower growth in Europe and the status of the US-led trade wars could weigh on risk appetite and send BRL lower. After all, despite the promising outlook, it is still an emerging market currency, and as such is characteristically sensitive to changes in investor sentiment.

Looking ahead, key economic data – like tomorrow’s inflation report – will continue to impact BRL, but the real influence will be from developments relating to the pension reform. Keeping a close eye on these updates is essential for maintaining a well-informed trading strategy.

For almost a month, USD/BRL has been trading on either side of the 3.7108-3.7625 bound. This comes after the pair drifted away from what appeared to be an incoming bearish reversal pattern. If tomorrow’s inflation data falls short of forecasts, the pair might look to test the December resistance. The pair could aim to reach 3.8140 if global risk aversion rises and/or the developments on pension reform are disappointing. 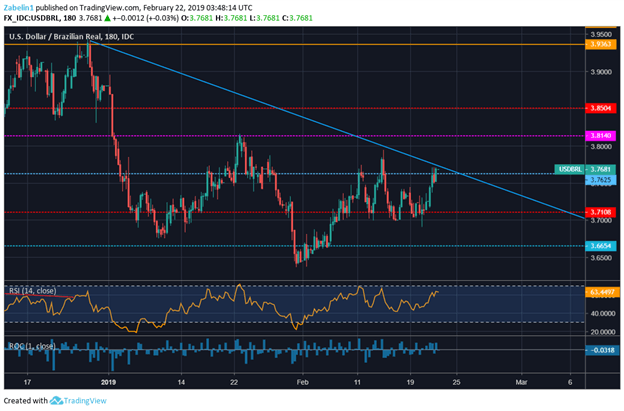 Economic data out of Brazil has not been particularly impressive lately. However, reports like consumer confidence, foreign direct investment and other forward-looking indicators have been steadily rising. This reflects that despite the current circumstances, investors are betting on a brighter future.