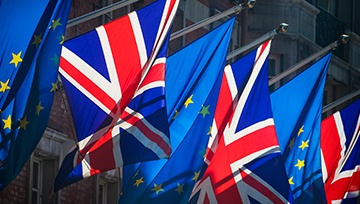 Sterling bulls remain in command even though a disorderly Brexit on March 29 remains a distinct possibility – suggesting that the rally over the past week could yet extend further.

British Members of Parliament could be given a vote next week on a revised Brexit deal with the EU, and if UK Prime Minister Theresa May’s proposals are again voted down she will have to choose between a no-deal exit or an extension of the deadline. For now, traders seem to think the latter is more likely – perhaps explaining why GBPUSD is holding its ground.

Underlining the positive sentiment towards the pair, it gained ground in early European trading Thursday even though the Fitch credit-rating agency decided late Wednesday to put the UK’s AA credit rating on “negative watch”, warning of a possible downgrade because of the chances of a no-deal Brexit. The statement came as a surprise as it was outside Fitch’s normal rating calendar.

There has also been little sign yet that confidence in GBPUSD is being undermined by the emergence of a new political grouping of former Labour Party and Conservative Party MPs, which they are calling the Independent Group.

In theory, its formation makes the chances of May winning support for her deal even less likely, yet even this additional political uncertainty has so far failed to dent trader sentiment.

DailyFX Poll: Which Successor to PM May Would be Most Positive for GBP?