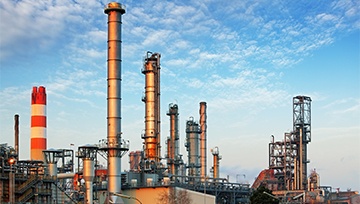 The price of US crude oil is extending the advance that began in late December last year and its rally so far shows few signs of exhaustion despite having hit its highest level since late November.

As the chart below shows, it remains within a rising channel, suggesting that from a technical perspective the outlook is for further gains, with channel resistance at $57.71 a possible near-term target.

From a fundamental perspective, the oil price continues to benefit from supply cuts led by the Organization of the Petroleum Exporting Countries. Late last year, OPEC and its allies agreed to reduce output and since then exports have declined sharply, due largely to supply cuts by Saudi Arabia.

Additionally, US sanctions on Iran and Venezuela are reducing the amount of oil being produced and exported.

However, US shale-oil output is expected to hit a record high in March, according to the US Energy Information Administration (EIA), while signs of a global economic slowdown suggest that demand will likely weaken in the weeks ahead.

As for the near-term outlook, traders will be watching out for the American Petroleum Institute’s weekly US inventories data, due Wednesday. In its previous weekly report it calculated that stockpiles fell by 998,000 barrels compared with the week before’s 2.5 million increase and any further decline will likely boost the price further.

Then, Thursday brings the official numbers from the EIA, with analysts expecting an increase of 3.1 million barrels in weekly crude stocks, down from the previous rise of 3.6 million.