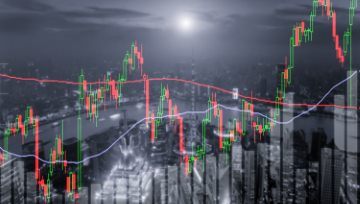 The Swedish Krona may move tomorrow after the Riksbank announces its interest rate decision and reveals changes – if any – to its policy outlook. Last December, the central bank raised rates for the first time in seven years, sending USD/SEK down almost 1.5 percent. Policymakers have stated they intend on raising rates in the latter half of this year, similar to the ECB.

However, the December meeting minutes revealed that many board members are concerned with rising risks domestically and from abroad. The country has been seeing a rise in household debt while economic data has been trending lower as the economy slows down. Risks in Europe arising from slower growth and political turmoil have certainly caught the attention of policymakers.

Most investors are anticipating for the repository rate to remain at -0.25 percent but will be eager to hear if policymakers still anticipate raising rates in the second half of this year. However, given the greater risks and unexpectedly slower domestic growth, officials could be inclined to adopt a more dovish stance to accommodate the circumstances.

Looking ahead, unemployment data is scheduled to be released on 14 at 08:30 GMT. Forecasts stand at 6.8 percent with the previous at 6.0 percent. The following week, a barrage of inflation data will be released on February 19that may move USD/SEK. As it is, the pair have risen almost 2.5 percent since February 1. Given the outlook, it is likely this upward trend will continue as Sweden slows down. 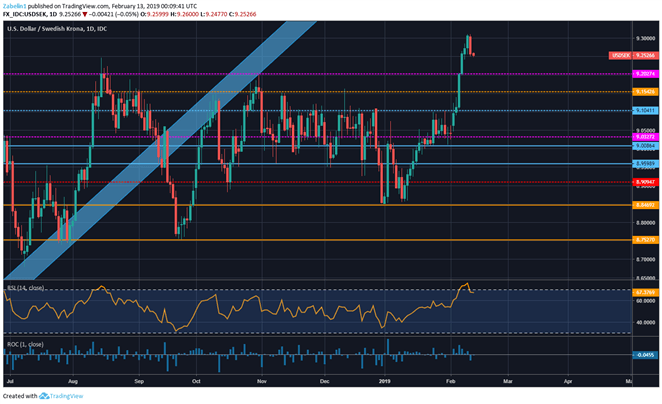