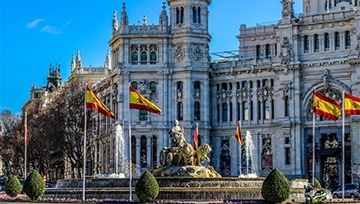 Critical week for Spain and Euro

Spain’s minority government faces a vote on its 2019 budget Wednesday, and failure to approve it could lead to a snap parliamentary election this year – potentially reinforcing the slide lower in the Euro caused principally by US Dollar strength.

USD has been bolstered in recent days by optimism that another partial US government shutdown can be avoided and hopes of progress in the US-China trade talks. That has sent EUR/USD to its lowest level since November 13 last year.

In the near term, a bounce higher in EUR/USD is feasible as the pair nears oversold territory. However, looking further ahead, the Spanish government faces problems as a trial of 12 Catalan secessionist leaders begins Tuesday, with the defendants charged for their role in a failed independence bid 16 months ago.

The minority Spanish government faces a vote on its 2019 budget Wednesday but the Catalan parties it needs to support it look likely to withhold their support, with failure to pass the budget likely to prompt a snap parliamentary election later this year, with April 14 cited as a possible date.

This political uncertainty could weaken EUR/USD, which faces critical support at the November 12 low of 1.1216. If that fails to hold, the pair will be back to levels last seen in June 2017, with little further support for EUR/USD before the June 20, 2017 low at 1.1119.

Moreover, retail trader sentiment data suggest a bearish outlook, with 71% of traders net long and only 29% short. At DailyFX, we typically take a contrarian view of crowd sentiment and the fact retail traders are net long suggests the EUR/USD price may continue to fall.