See our free guide to learn how touse economic news in your trading strategy!

Norwegian Krone traders may be closely watching tomorrow’s scheduled release of year-on-year CPI data. The current forecast stands at 3.3 percent with the previous at 3.5 percent. Despite reaching its highest point since December 2016, the most recent price data has stalled as most GDP reports on Friday fell short of expectations. 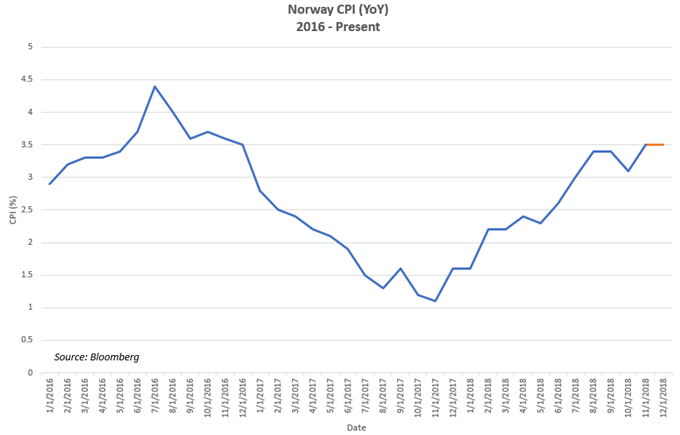 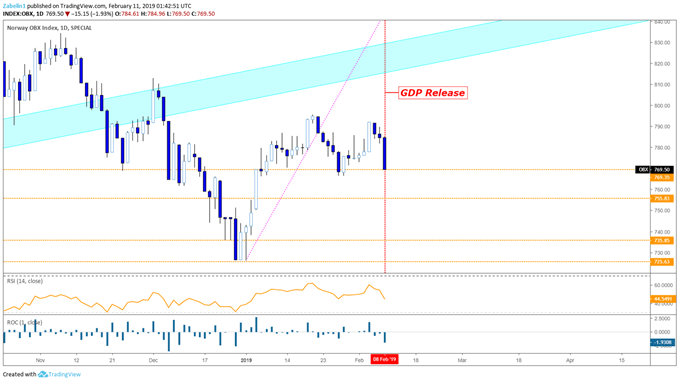 This comes during a time when the European economy is beginning to slow down as risks associated with political turmoil are rising. The third largest eurozone economy is in a technical recession with Germany not far behind as France deals with domestic protests that are weighing on the economy’s performance.

With most economic activity in Norway being dependent on Europe’s growth, it is possible that the deceleration in the EU could begin to weigh on the performance in the Nordic countries. Norway especially could be susceptible to a European fall in demand due to the Scandinavian country’s huge petroleum sector that is sensitive to changes in the business cycle. It also accounts for 31 percent of all the EU’s natural gas imports.

Since its last policy meeting, the Norges Bank – Norway’s central bank – has stated it will “most likely” raise rates in March. However, policymakers must be careful not to tighten credit conditions at a time when economic activity is slowing and uncertainty looms over matters such as Brexit and the US-China trade war.

Conversely, the central bank may want to squeeze in a rate hike so there is more room to cut if economic conditions warrant such an action. Given the outlook provided by the World Bank and IMF, such a policy measure is not entirely outlandish.

USD/NOK has closed higher for a week straight, bulldozing through several resistance levels and has gained over 2.5 percent since January 31. The pair is now trading above a key support at 8.6323, with the fundamental outlook suggesting the pair possibly has significant upward potential. In the short term, the pair may experience some resistance at 8.6244. 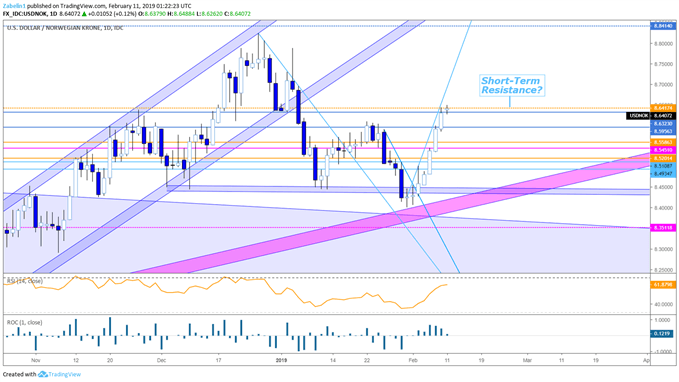