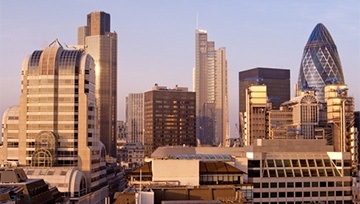 See our quarterly GBP forecast to learn what will drive prices throughout Q1.

The key risk event today will come in the form of the Parliamentary vote on Theresa May’s Plan B. However, the focus will lie on the amendments that have been tabled by several MPs. Speaker John Bercow will likely announce the amendments selected for voting around 12:45-13:00GMT with MPs set to vote on the amendments from 1900GMT.

The Brady and Cooper amendment have garnered the most attention in the run up to the vote, with the latter, if successful would force the PM to delay Brexit by 9-months. This could limit downside in GBP, given that this raises the prospect of a softer Brexit thus reducing the likelihood that the UK will leave the EU without a deal.

Overnight GBP vols have jumped ahead of today’s vote with GBPUSD straddles implying a move of over 1% or 132pips.

Amendment A: Corbyn (Labour) – Requires that time is provided for Parliament to vote on options to prevent a no-deal Brexit.

Amendment B: Cooper(Labour)– Attempt to rule out the UK leaving the EU without a formal deal by allowing parliamentary time to pass a new law. The bill to bring in the new law would require the PM to seek to postpone Brexit day until December 31st, if MPs do not approve her deal by February 26th.

Amendment C: Sir Vince Cable(Lib Dem) – Requires the government to rule out a no-deal Brexit and prepare for a “People’s Vote” in which the public will have the option to remain in the European Union on the ballot paper.

Amendment E: Murrison (Conservative) – Would add a deadline of December 31st, 2021 on the Irish backstop.

Amendment F: Benn(Labour) – Would require a series of smaller votes in Parliament on different options for Brexit, to test what would gain the most support from MPs.

Amendment G: Grieve (Conservative) – Requires the government to make time for MPs to discuss a range of alternatives to the PM’s Brexit plan on 6 days in the Commons before March 26th.

Amendment H: Creasy(Labour) – Would extend Article 50 in order to allow time for the creation of a 250-member Citizens Assembly to debate Brexit and make recommendations.

Amendment I: Spelman(Conservative)and Dromey(Labour) – Attempts to prevent a no-deal Brexit by adding to the PM’s motion that Parliament rejects a no-deal.

Amendment J: Reeves(Labour) – Requires the government to ask the EU to postpone Brexit date (does not specify how long)

Amendment K, L, M: Baron (Conservative) – Calls for the UK to be able to exit any backstop with the EU’s agreement.

Amendment N: Brady(Conservative) – Would call for parliament to require the backstop to be replaced with alternative arrangements to avoid a hard border.