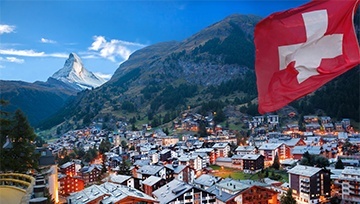 Day 2 in Davos was jam-packed with sessions at the World Economic Forum as government leaders and business executives took the stage to voice their thoughts on global politics and economic forecasts. Here are the key takeaways from today’s developments:

Did You Miss Davos Day 1? Get Caught Up on WEF19 Key Points from Yesterday Here

JPY – Japanese Prime Minister Shinzo Abe spoke about the importance of free trade, telling conference attendees “to rebuild trust toward the system for international trade.” Amid rampant trade tensions that began plaguing the world last year, Abe reiterated his stance as an advocate for globalization. The PM boasted the two trade deals his country brokered last year while also calling on the World Trade Organization to reform certain rules over intellectual property and government subsidies. Abe’s remarks concluded that the “global economy is gradually recovering.”

EUR – Germany’s Angela Merkel also took her support for globalization to the podium. The Federal Chancellor also touched on her country taking a “strong step forward” with France toward establishing a European army. The Prime Minister of Italy, Giuseppe Conte, also gave a special address where he stated that his country’s beaten-down economy will begin to recover in the latter half of 2019. Conte elaborated that Italy would “far exceed the 1 percent growth that we laid out in our budget” despite widespread skepticism.

CNH – Vice President of China Wang Qishan set out to ease worried minds about the impact from the trade war between the world’s largest two economies. Qishan stated that “neither side can do without the other” and that the “Chinese and US economies are mutually indispensable.” While China just reported its slowest economic growth rate in 28 years, the PM encouraged listeners that a 6.6 percent growth rate in GDP is still “a pretty significant number.” 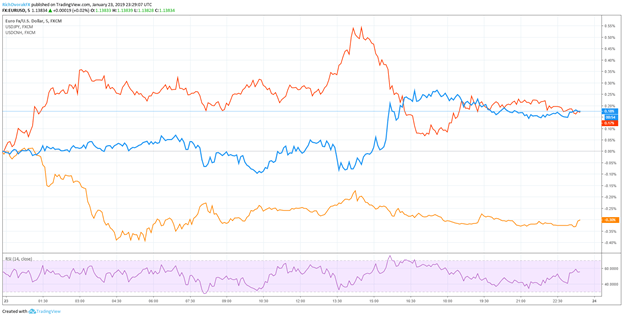 With the total global corporate debt load now exceeding $29 trillion, leverage and credit risk across businesses is becoming one of the biggest threats to financial stability. The corporate credit landscape has turned into a “ticking time bomb” as over 25 percent of outstanding loans are due to mature by 2025. Panelists discussed the importance of fiscal responsibility and how slowing economic growth can adversely impact this looming risk.

The slowdown of the global economy remains front and center as the most talked about topic at the 2019 World Economic Forum in Davos. Several panelists discussed the spillover effect that the US-China trade war has had on global growth while advocating for globalism and free trade. Sessions also spoke about the challenges that emerging markets faceregarding employment as the world moves away from agriculture and physical labor towards services and automation. Additionally, the risks that Brexit, a US government shutdown and other major market threats pose to the world were also touched on. Despite the bumpy road it seems we are venturing down, global leaders remain optimistic about the second half of 2019 as these risks dissipate.