A day after President Trump and Democrat leaders were deadlocked in an address to the nation, Fitch Ratings has issued a warning that would impact both parties. On Wednesday, the rating agency warned of a possible cut to the US ‘AAA’ sovereign credit rating later this year should the government shutdown continue. As the current shutdown threatens to become the longest ever, a credit cut could have a serious long-term impact. 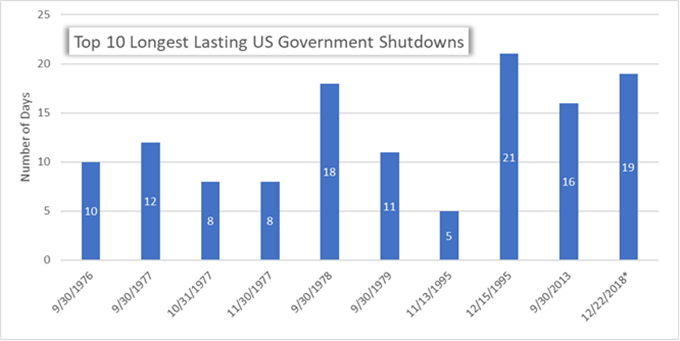 Fitch’s global head of sovereign ratings, James McCormack said Wednesday “If this shutdown continues to March 1 and the debt ceiling becomes a problem several months later, we may need to start thinking about the policy framework, the inability to pass a budget ... and whether all of that is consistent with triple-A.” He continued, “from a rating point of view it is the debt ceiling that is problematic.” Such a downgrade would not be the first for the United States.

On August 5th, 2011 another major rating agency, Standard & Poor’s, downgraded the United States’ credit from its pristine standing. The cut from ‘AAA’ to ‘AA+’ was the first time the government was given a grade below perfect. Further, it occurred four days after the 112th United States Congress voted to raise the debt ceiling using the Budget Control Act of 2011. The downgrade came after warnings and a ‘negative outlook’ issuance from the agency in April 2011. 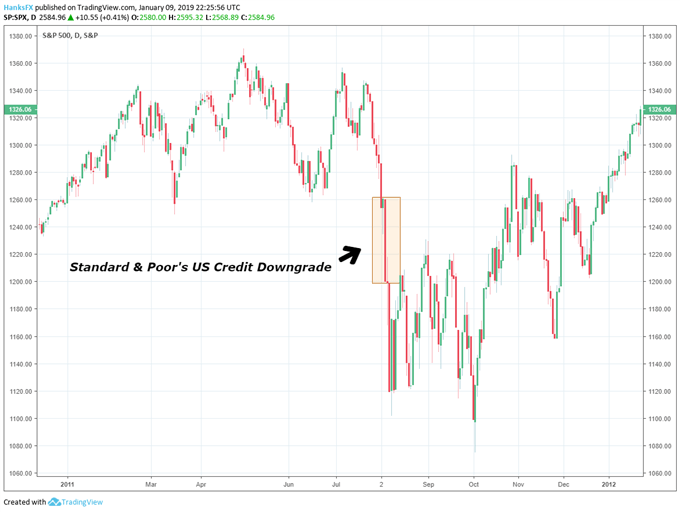 According to Standard & Poor’s, the downgrade was issued because a government budget deficit of more than 11% of GDP and net-government debt rising to 80% of GDP by 2013 was too high relative to other ‘AAA’ rated countries. Subsequently, the S&P 500 dipped roughly 5%.