World Bank Warns of ’Storm Clouds’ for Global Growth in 2019

The World Bank issued their bi-annual Global Economic Prospects report late Tuesday to warn of a slowing global economy. Titled “Storm Clouds are Brewing for the Global Economy,” the report highlighted some of the growth risks that various nations face in the year ahead. Shrinking international trade, trade tensions, pressured emerging markets and the end of accommodative monetary policy in developed nations were some of the headline concerns. 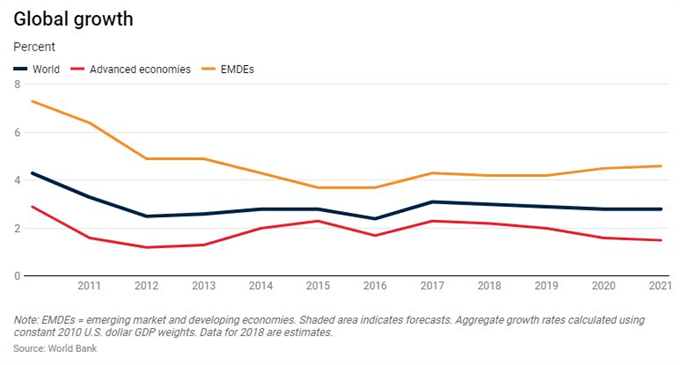 World Bank CEO Kristalina Georgieva noted the shifting winds from 2018 saying “At the beginning of 2018 the global economy was firing on all cylinders, but it lost speed during the year and the ride could get even bumpier in the year ahead. As economic and financial headwinds intensify for emerging and developing countries, the world’s progress in reducing extreme poverty could be jeopardized. To keep the momentum, countries need to invest in people, foster inclusive growth, and build resilient societies." While trade tensions may be on the path to normalization, so too are the central banks of the advanced economies. This will only exacerbate the pressure on emerging economies. 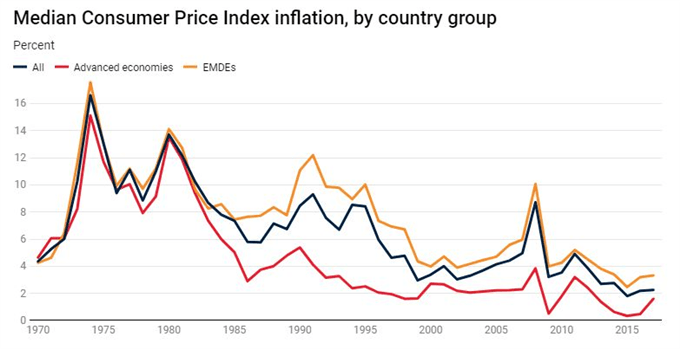 End of an (Accommodative) Era

As the world’s advanced economies meander down the path to normalization, the World Bank cautioned the impact from a new era of monetary policy. While officials believe low interest rates have been a major factor in the last decade of growth, they also warned inflation may now return to the fray. 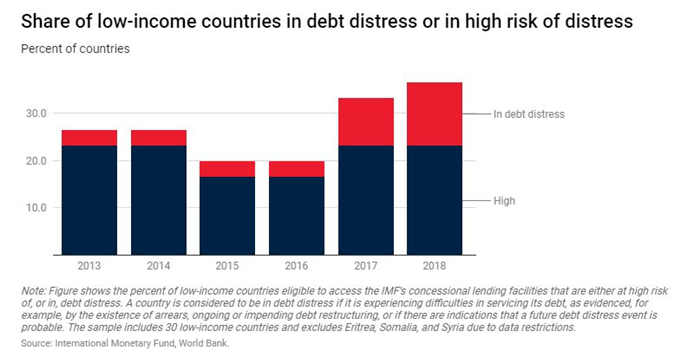 The report echoes warnings from other macroeconomic facing organizations like the International Monetary Fund, the Federal Reserve and the World Trade Organization. Tomorrow’s Federal Reserve minutes and Bank of Canada rate decision will be key events to watch. Similarly, ongoing trade talks between the United States and China could remove one headline risk should the parties agree to a deal.