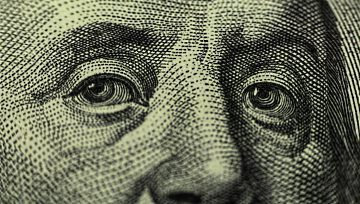 Generally speaking, most Asia Pacific benchmark stock indexes traded higher following the best performance on Wall Street since 2009. A clear catalyst for the transition into a risk-on trading environment was notably absent, but it might have reflected traders booking partial profits on extended declines in the S&P 500. This also followed reports of more US China trade talks to come in early January.

The notable outperformer on Thursday was the Nikkei 225 which was up about 4.22% in its best gain over the course of one trading day since November 2016. This was largely thanks an intense gap to the upside. A similar scenario unfolded in the ASX 200 and KOSPI. However, the latter was little changed towards the end of the session.

Looking at FX reveals a different story, one of risk-off. The pro-risk Australian and New Zealand Dollars were down across the board while the anti-risk Japanese Yen gained. Traders seemed focused on dismal Chinese industrial profits which fell for the first time in about three years. In fact, China’s Shanghai Composite dropped about 0.76% after gapping to the upside.

Markets are still in thin holiday illiquid trade making data surprises, such as the aforementioned one, more likely to fuel sudden volatility. The European session is lacking prominent economic event risk but US consumer confidence is due later on. It is expected to tick down and local economic data has been tending to underperform as of late. While that may amplify risk aversion, optimists should note that S&P 500 futures are pointing higher.

The pause in declines in the Nikkei 225 still has more room to go until a prominent resistance barrier is breached. That would be the descending trend line from earlier this month on the chart below. Immediately ahead though is the March 2018 low at 20,347. Resumption of the dominant downtrend involves retesting the September 2017 low around 19,239. 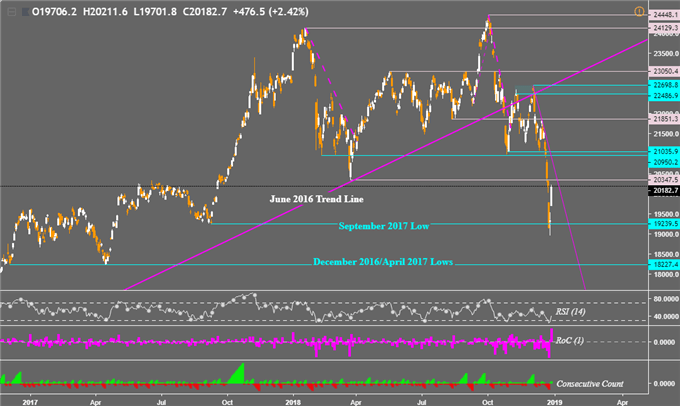