US Dollar Recovers as FOMC Hikes by 25-bps, Signals More to Come (at a Slower Pace)

- New dot plot suggests that two hikes could come in 2019, down from three; however, rates markets had been pricing in just one ahead of time. After the FOMC meeting, June 2019 was still eyed for a hike.

- Given FOMC staying a bit more hawkish than market pricing, the US Dollar has been able to recover some ground versus the other majors; however, is only back to breakeven on the day.

US financial markets have seen a wave of volatility in the wake of the Federal Reserve’s December policy meeting. The Federal Open Market Committee raised its main rate by 25-bps to a range of 2.25-2.50%, as was widely expected (72% probability according to Fed funds futures), but made a number of tweaks to its GDP and inflation forecasts, and thus, to its glide path of interest rates (known as the “dot plot”) moving forward. 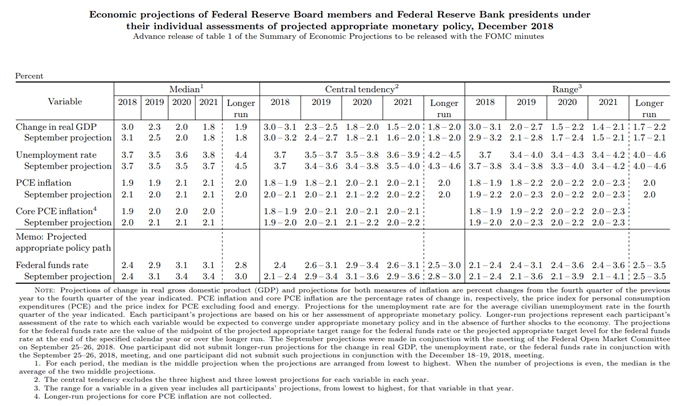 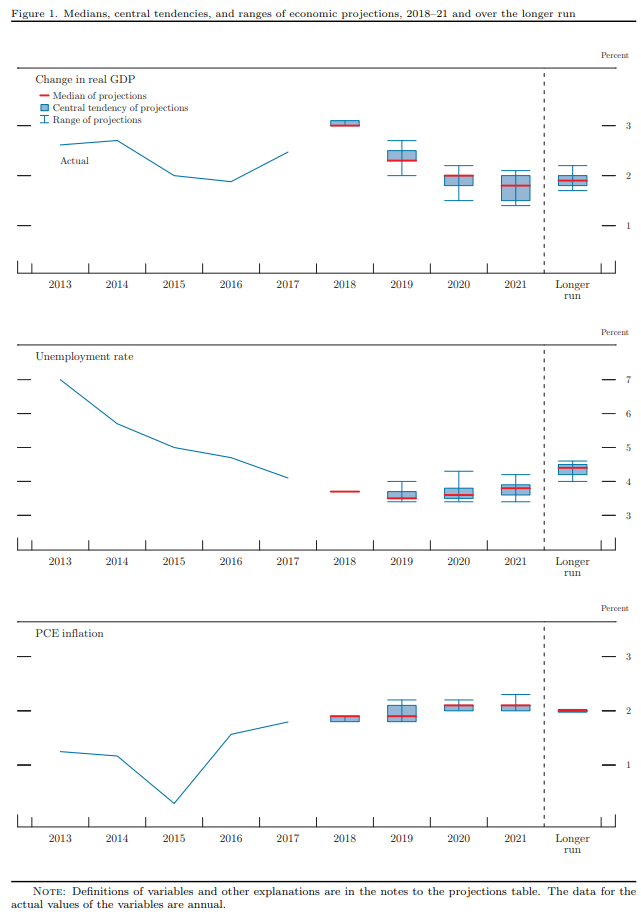 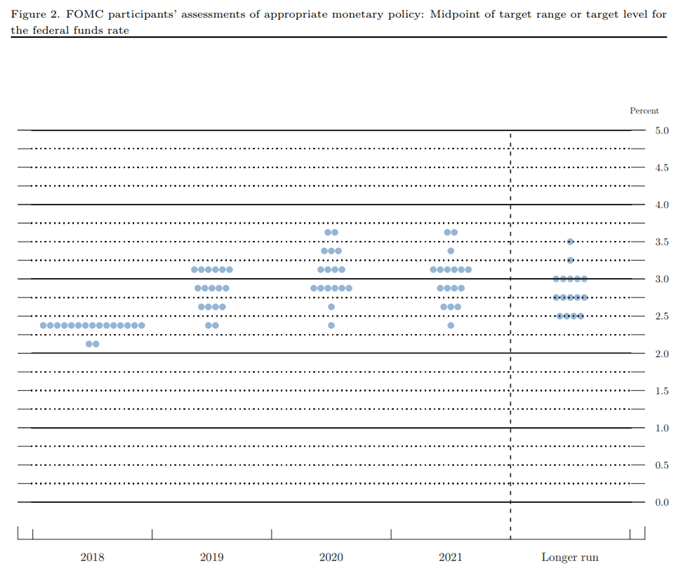 The result from the Fed seems to be an attempt to thread the needle for a dovish rate hike today, but it may not have worked. While the Fed cut its expectation for rate hikes in 2019 from three to two, this was still slightly richer than what rates market were pricing in ahead of time, which was only for one rate hike.

Perhaps most notable was the commentary by Fed Chair Jerome Powell at his press conference regarding the range of estimates for the economy moving forward. While Chair Powell stressed that his views are increasingly dependent on data, he noted that the dispersion of estimates among FOMC members had increased; in other words, the Fed’s confidence in its own forecast was decreasing (less dispersion means more unanimity in views). 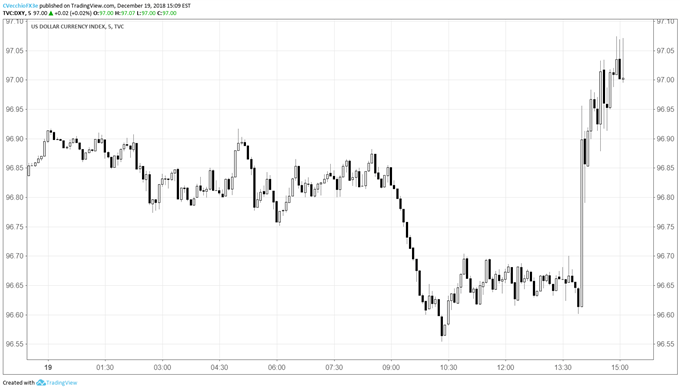 Immediately following the data, the US Dollar jumped higher versus the Euro and the Japanese Yen, with the Dollar Index (DXY) rallying from 96.62 ahead of the FOMC decision to as highas 97.07. The DXY Index was trading at 97.00 at the time this report was written, held back by what was a significant move in US Treasury yields: 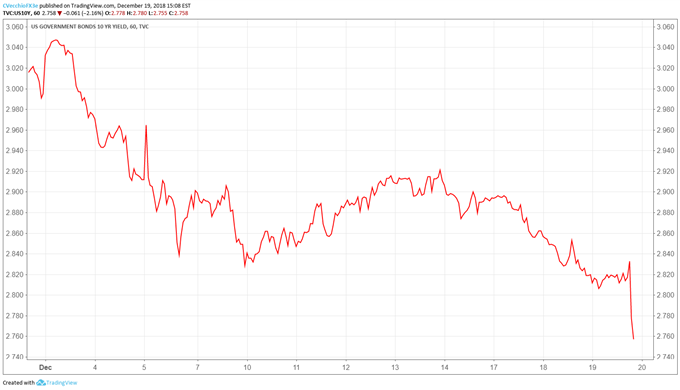 There is an argument to be made that the sharp drop in US Treasury yields – the 10-year is down to fresh December lows and its lowest level since May 30 – is not due to the change in perception around the Fed, but rather a ‘risk-off’ move brewing in US equity markets. For the US Dollar, its rise today on the heels of a drop in yields and stocks does not necessarily bode well for the future. 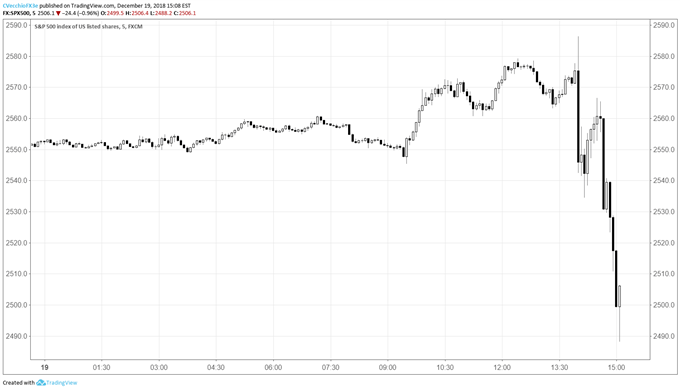