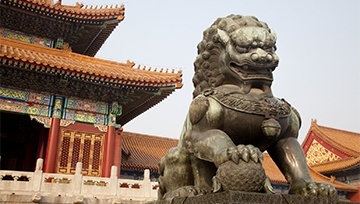 The USD price is easing again Tuesday as doubts emerge that a long-term US-China trade war deal can be reached after slipping back Monday on news of a temporary truce. US President Donald Trump and China President Xi Jinping have decided to hold off from imposing new tariffs for 90 days while they negotiate an agreement.

However, concerns surfaced Tuesday about whether a long-term agreement is achievable. That might have been expected to give the US Dollar a lift given its status as a safe haven when risk aversion rises. Instead, it dropped again, implying that other forces are influencing it too.

Chart by IG Click on the chart for a larger image

As the chart of EURUSD above shows, the pair is extending its gains as the US Dollar weakens and from a technical perspective has broken to the upside from a triangle pattern, implying further gains are now possible.

That could be in part because the US Treasury yield curve has flattened and partly inverted.

The curve is now flatter than it was both a month ago and a year ago, while the curve has inverted between two years and five years, sometimes seen as a warning of a possible recession that would lead to lower US interest rates and reduce the attractions of the Dollar.

While this seems unlikely at present, it perhaps suggests that the outlook for USD is less positive than it seemed as recently as Monday.

Trade Wars and Tariffs: The Impact on Europe, EUR, GBP and Stocks