As Prime Minister Theresa May battles to drum up support for her Brexit deal, her government was found in contempt of Parliament on Tuesday over its refusal to release Brexit legal advice from the Attorney General. Despite considerable support from her own Conservative Party, the motion passed 311 to 293 and thrusts the government into unfamiliar constitutional territory.

Now in contempt, May’s government will be forced to release legal advice it had tried to keep secret which Leader of the House of Commons Andrea Leadsom announced will be published on Wednesday. Shortly after the vote of contempt, an amendment to hand Parliament more power over Brexit should the vote on May’s deal fail, also passed.

Again unable to generate noteworthy support from outside her party, the two passed motions inflame concerns that Theresa May will be unsuccessful in her bid to get the Brexit deal passed and highlights the incredibly fragile state of her government. 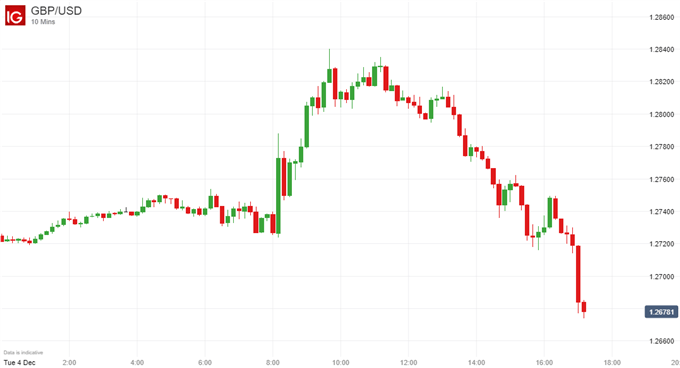 Learn about the possible Brexit outcomes and how they may impact the Pound with “Brexit Impact on GBP: How the Pound Might Move After Parliamentary Vote.”

Subsequently, Cable returned to levels near that of mid-2017 around 1.2676 and is poised to close below 1.27 for the first time in four months. The Pound will continue to experience volatility in the coming days as Theresa May works to push her deal through Parliament, a prospect many political analysts believed unlikely before today’s developments. The vote is scheduled for December 11th with days of Parliamentary discussions prior scheduled to begin later Today. 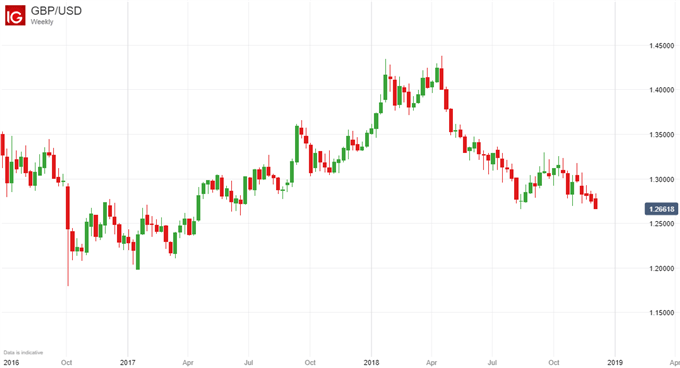 Read more: Brexit Impact on GBP: How the Pound Might Move After Parliamentary Vote