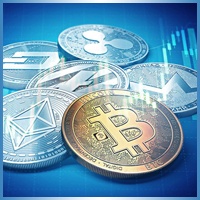 If you are interested in trading Bitcoin, Bitcoin Cash, Ethereum or other cryptocurrencies, we can help you begin your journey. We have an Introduction to Bitcoin Trading Guide along with a Free Demo Account so you can practice trading this volatile asset class.

Bitcoin’s Reprieve May be Short-Lived

After dropping in excess of 40% in the last two weeks, with very little news to drive the move, Bitcoin is trying to build a base around the $3,500 - $3,700 level in the last three days. While the longer-term chart set-up remains negative - with a test of $2,970 likely - in the short-term the charts are showing the crypotcurrency heavily in oversold territory – RSI indicator at the bottom of the chart - which may produce a relief bounce higher. The last three daily candles are showing higher lows, a positive for Bitcoin bulls, and need to be built upon if prices are to sustain any move higher.

Longer-term Bitcoin remains negative, with the September 2017 low at $2,970 the current target. If this level is broken decisively, the July 2017 swing-low at $1,790 becomes the next level of support. 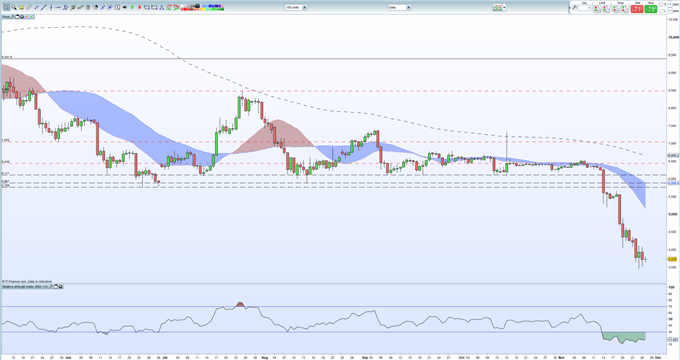 The cryptocurrency marketplace is currently worth just over $121 billion with most coins in negative territory over the last 24 hours. The market hit a peak valuation of $830 billion in January this year. 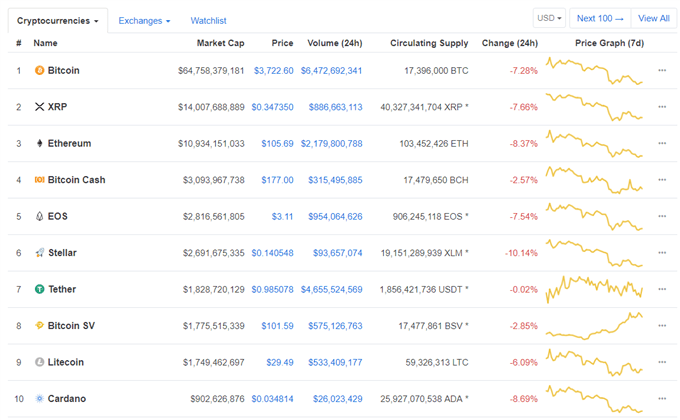 What’s your view on Bitcoin – Bullish or Bearish? Share your thoughts and ideas with us using the comments section at the end of the article or you can contact me on Twitter @nickcawley1 or via email at nicholas.cawley@ig.com.